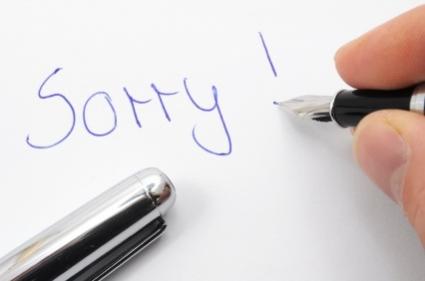 Please forgive me if I don’t send a mass email or group text message or Facebook post asking everyone for mechila. Also forgive me if I see you in the next few days and don’t shoot a “I am mocheil you, I hope you are mocheil me” your way.   I will not be doing so, not because I don’t value my relationships, but rather because I value them greatly.

On Yom Kippur we read the story of the asarah harugei malchus, the ten heroic and courageous scholars who were murdered by the Romans. We read their story as part of selichos, the portion of davening in which we are seeking forgiveness and reflecting on what we have done wrong, suggesting that these great scholars died for something we need to think about and improve. Why did they meet their demise in such a horrific way? What did they do wrong?

The Midrash Eileh Ezkera tells us that a Roman emperor came across the story of how Yosef’s brothers sold him into slavery, a crime punishable by death. Noting that the brothers were never put to death as punishment, the emperor decided to execute the rabbis in their place.

Something about the story doesn’t add up. If you go back to the Torah you will remember that after their heartfelt reunion, Yosef reassures his brothers that he bears them no ill will and wishes them no harm. So how is it possible that generations later, ten great Torah scholars could be punished, seemingly with the consent of the Almighty, for something the victim himself seems to have forgiven?

The great 14th century Spanish commentator Rabbeinu Bachya makes an incredible comment and shares a critical insight about the Yosef story. He notes that though the text says that Yosef reassured his brothers, he never actually forgave them. They never achieved genuine mechila because their request for it was superficial and shallow.

The brothers didn’t seek forgiveness in a sincere effort to repair a relationship; they pursued forgiveness as a strategy to avoid consequences and move forward. Saying sorry as a strategy, rather than as a genuine, personal desire to heal and make amends, is counterfeit and falls short.

Sorry is not a policy or protocol. The purpose of an apology is not to achieve a pardon relieving us of accountability or retribution. The most genuine apology comes with an understanding that saying “I’m sorry” may bring with it consequences. Too many are only willing to express regret if you assure them that it won’t hurt and that nothing bad will happen as a result. But that isn’t a real sorry. True apologies come with remorse, regret, and acceptance of responsibility and accountability.

We live in a litigious society in which saying sorry and admitting guilt can be risky. Organizations, institutions, universities, doctors and even yeshivas and rabbis are counseled: ”When an allegation of wrongdoing or malpractice is made, don’t apologize. An apology can be viewed as an admission of guilt and potentially bring great liability.”

But isn’t accepting the liability exactly what saying sorry and apologizing are all about? Is sorry without liability really an expression of responsibility, remorse, or regret? Like it or not, saying sorry is an admission, and sometimes admissions require making meaningful amends and even providing restitution to right a wrong. In some cases, the restitution can be financial, but it can also include repairing a reputation or compensating the victim in other ways.

Saying “You were wronged and hurt, but my lawyers have counseled me that I can’t say more,” is not an apology and doesn’t repair the damage that was done.

A true apology is therapeutic and healing to the recipient specifically because it validates their feelings of hurt and tells him or her that you acknowledge their pain, accept accountability for what you have done and are fully prepared to make things right. The brothers’ apology to Yosef fell short because it was only a strategy and not genuine, and therefore Yosef never truly forgave them or granted real mechila, resulting in the asara harugei malchus.

In his Alei Shor, Rav Wolbe, the great Mashgiach of Yerushalayim, tells an incredible story: Rav Eliyahu Lopian was a great Rosh Yeshiva in Yerushalayim. A man once came up to him and asked mechila. Rav Lopian insisted on knowing what the mechila was for, what did the man say about him. The man repeated the lashon ha’rah he had told about Rav Lopian. Listen to what Rav Lopian told him: “That is a very harsh thing you said; I don’t know if I can forgive you. Come back to me in two weeks. I will study lots of mussar and work to accept your apology with a full heart.” The man came back in two weeks and Rav Lopian greeted him with a huge smile and said, “I have learned a lot and thought hard and I have been able to forgive you fully and with a whole heart.”

Rav Wolbe concludes that true mechila is an avodah; it is hard work and requires great effort. True forgiveness is not superficial, shallow or pretend. It is demanding, difficult, painful and, most importantly, genuine.

Mass text messages or group emails or Facebook posts that say “I know I probably hurt some of you and I hope you are mocheil me because I am mocheil you” don’t acknowledge anything, don’t demonstrate accountability, don’t express remorse and don’t repair anything.   They may make us feel good or sometimes make us look good, but they don’t accomplish the goal of truly asking for forgiveness and don’t meet the requirements of teshuva on Yom Kippur. It’s not I expressing this view; it is the Chafetz Chaim. In his Mishna Berura (606:3), he writes “Whoever asks mechila from the masses does not fulfill anything if he knows he has hurt any specific individual.”

Flippant, mass requests for mechila are not just insincere; they can be hurtful and damaging. The Shelah Ha’Kadosh, Rav Yeshaya Horowitz, writes that one should not ask mechila generically or at all unless they know that they have done something specific to hurt someone and are ready to take responsibility. For if we just turn to one another and casually say “are you mocheil me,” he says, someone may go home and think, why did he or she ask if I am mocheil them. I wonder what they said about me, or did to me.

In other words, says the Shelah, casually and superficially throwing around “are you mocheil me, do you forgive me” is a selfish act that makes the person saying it feel better, but could easily have the unintended consequence of hurting another person. Hurting others is not what saying sorry is all about.

To be clear, when it comes to our pain and hurt, we are encouraged to be forgiving. Indeed, every night when we go to sleep, as part of the bedtime Shema we recite a formula that grants mechila to all those who have hurt us.  We should be eager and quick to forgive, for, if not, we are the ones weighed down and we suffer by carrying that grudge which only grows heavier with every passing moment.

However, when it comes to the hurt we have caused others, we shouldn’t be quick, generic or formulaic. We must be sincere, direct, specific and genuine.

The likelihood is, whether intentionally or unintentionally, in the last year we have hurt people with our words, in writing or in person, with our actions or even with our inactions. We owe them a real apology, not a Facebook post or a bcc in a mass email.  Make some time, seek them out and look to make sincere amends, regardless of the consequences such an admission may generate.

Not only will their heart be lighter heading into Yom Kippur, but yours will be as well.