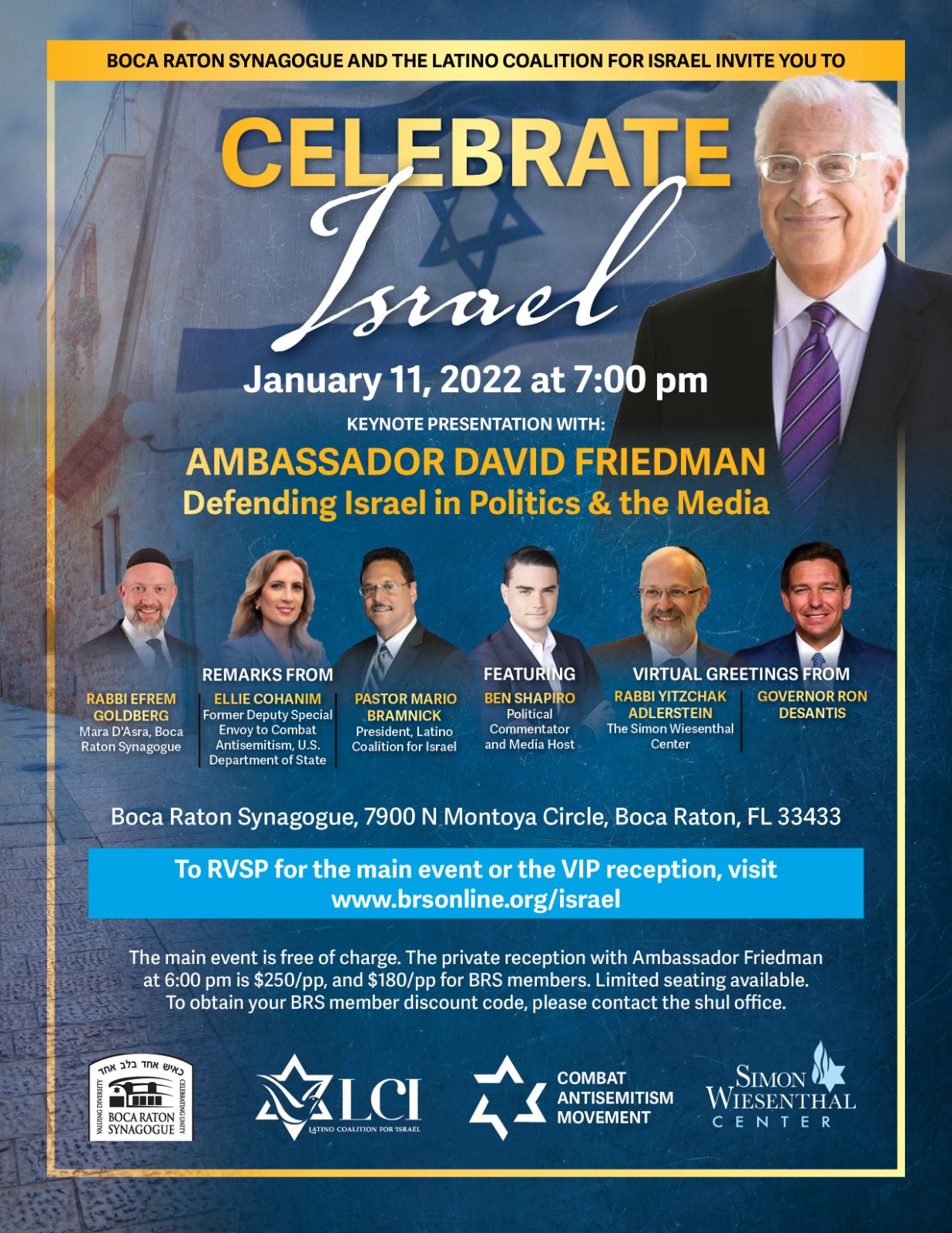 If absence makes the heart grow fonder, those who for now live outside of Israel are more in love with Israel than ever, longing for a time we can visit freely and easily.  Physical distance won’t weaken our love, commitment and concern for our holy land and our brothers and sisters who live there.

While in many ways, Israel is safer and more prosperous than ever, dangers and threats persist.  Hezbollah threatens from the North, Hamas instigates from the south, and the nation of Iran’s official spokesman declared in November, "We will not back off from the annihilation of Israel, even one millimeter. We want to destroy Zionism in the world.”

As independent and powerful as Israel has become, she still relies on enormous support from the United States.  That includes material, measurable support like the $1 billion of military aid above the $3.8 billion annual commitment, approved by U.S. House of Representatives this fall.  Additionally, and arguably more importantly, the diplomatic support America provides at the UN and throughout the Middle East is indispensable.

Where does the support for Israel come from in the United States?  There are shifting attitudes toward Israel among Democrats, but even among Republicans, the support is far from a given. A University of Maryland Critical Issues Poll has recently shown that evangelical attitudes toward Israel account for most of the Republican Party’s support for Israel; without evangelicals, Republican attitudes on Israel do not substantially deviate from the rest of America. If public opinion continues to shift, the support from our elected officials could easily disappear with real policy implications that impact Israel’s security.

This data led former Israel Ambassador to the US, Ron Dermer to say last year that Israel should spend more of its energy reaching out to “passionate” American evangelicals than to Jews, who are “disproportionately among our critics.” A recent frightening survey found that younger evangelicals are much less supportive of Israel than older evangelicals, by a widening margin. The poll found a dramatic shift in attitudes between 2018 and 2021: support for Israel among young evangelicals dropped from 75% to 34%.

To summarize, US support for Israel, which is critically important for Israel’s safety and well-being, is increasingly dependent on evangelicals, whose younger members are becoming less and less likely to support Israel.  So while in some measures, the US-Israel relationship is thank God strong, just beneath the surface lie reasons to be very concerned and, more importantly, to act. We must bolster support for Israel among Jews and non-Jews alike.

On January 11, Boca Raton Synagogue will be hosting a “Night to Celebrate Israel” with keynote speaker Ambassador David Friedman.  The evening will also feature political commentator and media personality Ben Shapiro, a staunch and passionate advocate for Israel.  It will be introduced with virtual greetings by Governor Ron Desantis, Senator Rick Scott, and Rabbi Yitzchak Adlerstein of the Wiesenthal Center.  Short remarks will be shared by Former Deputy Special Envoy Ellie Cohanim and by myself and Pastor Mario Bramnick.

The event is co-sponsored by the Simon Wiesenthal Center and by the Latino Coalition for Israel, the largest pro-Israel Hispanic organization in the world. LCI is led by Pastor Bramnick, who consistently stands up for Israel and publicly fights antisemitism.  He and LCI have partnered in hosting events with Jewish Federation, AIPAC and FIDF. For his work, he received the Outstanding Achievement Award from the Consulate General of Israel to Florida.

Some may wonder, should we accept financial support and advocacy from non-Jewish or evangelical sources?  When Rabbi Berel Wein was asked this question, he replied: “I do not see a moral problem in Jews accepting monies from Christian organizations for humanitarian purposes as long as there are no missionary purposes and conditions attached to the donation.”  Last year, with the approval of the Sanz-Klausenburg Rebbe, Laniado Hospital in Netanya accepted a large donation from the International Fellowship of Christians and Jews. Rav Hershel Schachter gave our event, which is exclusively focused on Israel, his blessing.

We are expecting a large turnout of non-Jewish guests. I urge you to be there. The event is free of charge and open to all.  If we expect those who aren’t Jewish and for whom Israel is not their homeland to continue to fight and stand up, we must show our own commitment to Israel and our willingness to use our voice to combat antisemitism.

Please join us on Tuesday, January 11th at 7:00 at Boca Raton Synagogue.

You can RSVP or sign up for the VIP reception at www.brsonline.org/israel