April 14, 2021|ב' אייר ה' אלפים תשפ"א Did This Year Knock You Down or Save Your Life? By Rabbi Efrem Goldberg 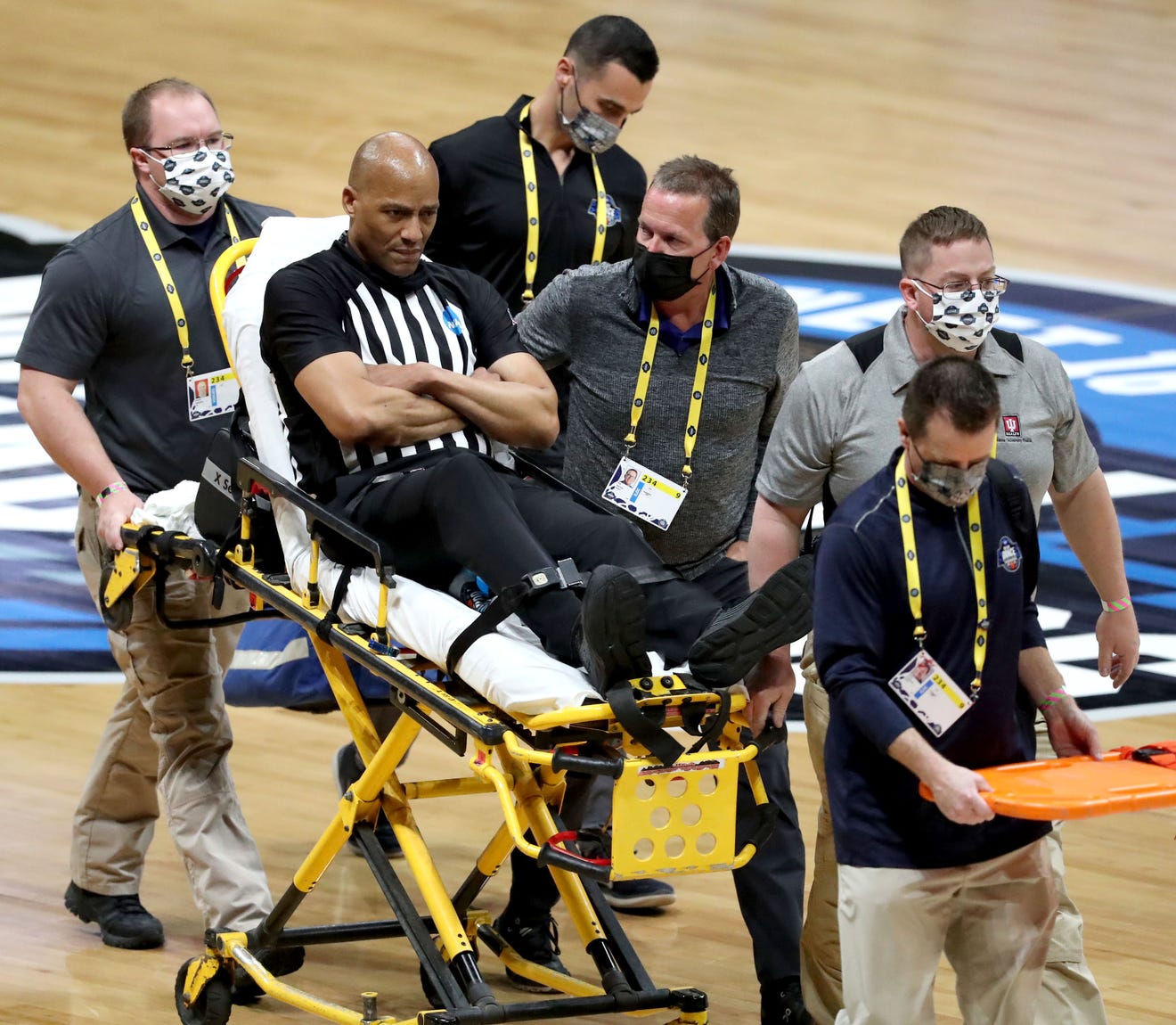 Recently, those watching the men’s NCAA basketball tournament game between Gonzaga and USC saw something that made them gasp, and it wasn’t any play on the court. In the corner of the screen, in the middle of play, Bert Smith, a veteran referee, passed out.  He toppled over and lay on the ground, still, eyes open but unresponsive.  For a moment, people present and those watching around the world feared the worst.

It wasn’t long before he came to, but even then, he had no idea what had happened. He remembered the previous play, how he struggled to catch his breath and felt wobbly, but he doesn’t remember passing out.  He described what it was like when he came to:

Bert Smith is in great shape. Growing up in Buffalo, he was a high school small forward, receiver and 400-meter runner, who then played some junior college basketball. He rarely uses an elevator, prefers the stairs, he parks in the farthest spot so he has the longest walk, and he exercises regularly.   This season, he was up and down the court in ninety games, so it made no sense that he suddenly passed out.

He was treated at the stadium for two hours, but once his vitals were normal, and he wasn’t wobbly, dizzy or blurry, the NCAA announced that Bert was doing well.  So well in fact, that he went back to the hotel and was talking and laughing with friends, eating dinner when one of them said, “I heard the sound of your head hitting the court from 30 rows away, maybe you should get examined for a concussion just to be sure.”  Bert agreed and proceeded to IU Health Methodist hospital.

They tested him for a concussion, and it turns out he didn’t have one. But he did have something worse.  The doctor on call told Bert that she saw the fall and something didn’t add up.  She wasn’t satisfied that his pulse, blood pressure, oxygen level, were normal and that he didn’t have a headache.  She called for more tests.

When they came back, she told Bert, I have the answer to the question of why you passed out.  You have a blood clot in your lung.  He was admitted to the hospital, put on blood thinners, and a couple of days later, the clot was gone, he was discharged, and Bert Smith had a new lease on life.  It turns out that passing out was the best thing that ever happened to him because if he hadn’t discovered that clot, it could have gone to his heart or brain and killed him.

Instead of being resentful or bitter that he had a health scare, Bert is grateful that he passed out during the NCAA Tournament, when people were able to respond and help immediately, and not when he was driving or sleeping. Reflecting on the episode, he said, “It puts in perspective the value of each day, because we all go through our lives – we’re all guilty of it – and we just live, right? But do we say ‘I love you’ enough? Do we give an extra hug enough? Do we do the things with our family and friends that have value to them? When you live something like I did, it hits you square in the eyes that you really have to value each day.”

Bert Smith’s fall didn’t kill him. It saved his life.

As I read this story, I couldn’t help but think what Smith endured physically, most of us encounter emotionally and spiritually. In a famous letter written to one of his students, the great Rav Yitzchak Hutner zt”l wrote (Pachad Yitzchok, Iggerot U’Kesavim, #128):

Know, however, my dear, that the root of your soul is not the tranquility of the yetzer tov but rather the war of the yetzer tov. Your heartfelt letter attests like a hundred witnesses that you are indeed a faithful warrior in the army of the yetzer tov. In English they say, “Lose a battle and win the war.” You certainly have stumbled and will stumble again . . . and in some battles you will fall, be conquered. But I promise you that after losing all these battles, you will emerge from the war with the crown of victory upon your head . . . “Lose battles but win wars.”  The wisest of all men said, “A righteous man falls seven times, and rises up again” (Mishlei 24:16). Fools think that this means—even though he falls seven times, he rises again. But the wise know well that it means the nature of the tzaddik’s rise is through his seven falls.

In life, we sometimes fall, even collapse. It can be a disappointment or failure at work, a challenge to our health, a relationship in distress or a crisis of faith. In those moments, we can stay on the ground, wallow in our circumstance, see ourselves as victims or we can embrace the challenge, extract its lessons, come back stronger and better.

This year has knocked many of us down.  But for most of us, it has knocked us out of our routine and our comfort zone in ways that if we choose, we can learn an enormous amount about ourselves, our families, our lives and our lifestyles.  If we want, we can transform the experience of Corona knocking us down into it saving important aspects of our lives.