A few years ago, I was leaving Shul after davening Shacharis one morning when an older gentleman in our community stopped me and asked if I had a minute to talk. The truth was, I was running late and barely had time to say hello let alone entertain an entire conversation.  But, he seemed so happy to run into me in the parking lot that morning and so I couldn’t say no. He shared with me a most remarkable story that changed not only the way I see him as an individual, but also the way I relate to people in general.

A few days before this chance encounter, we had sat on the floor together with many others reading Kinnos, commemorating the tragic suffering of our people throughout the ages.  In my introduction to the Kinah composed by Yirmiyahu Ha’Navi for Yoshiyahu, I shared an insight of Rav Soloveitchik.  Why, asked the Rav, do we pause in our mourning for millions of Jewish martyrs throughout the millennia, to focus on the story of a particular individual?   He explained that when we reflect on the magnitude of the loss of Jewish lives throughout our history, the sheer number is overwhelming and staggering.  Indeed, paradoxically, the greater the quantity of individuals lost, the more challenging the quality of our sense of grief for them. The Rav felt that we dedicate an entire Kinnah to Yoshiyahu, a single individual, to remember that the loss of millions is really the loss of one plus one plus one plus one.  Each person is unique and irreplaceable.  Each loss equals the loss of an entire world.

I continued by relaying a personal experience from leading March of the Living, a tour for teenagers of Poland and Israel.   One of the most powerful points of the trip is the visit to the death camp, Majdanek.  From the intact barracks to the enormous pit of human ash, touring Majdanek is simply devastating.  One of the most stirring images of the entire trip is a barrack in Majdanek filled with shoes that were confiscated from Jewish prisoners. 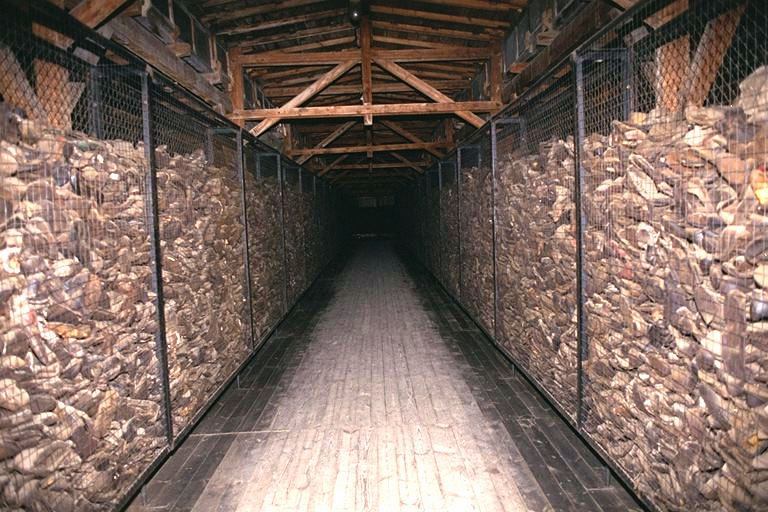 Before entering the barrack filled with shoes everywhere, we encouraged the students not look at the overwhelming scene of countless shoes that lay before them.  Instead, we told them, pick out one shoe to focus on.  Look at it and consider, who was its owner?  How did they feel when they bought those shoes and when they slipped them on for the first time?   Where did these shoes lead them?  Recognize that each shoe was worn by a person who had a mother and father and perhaps a spouse and children.  They had a personality, dreams, ambitions, and goals.  All of it was tragically cut down and all that is left to commemorate them is the shoe that is before you.

Standing in the parking lot a few mornings later, the elderly man reminded me of my remarks Tisha B’av morning and told me that he must share a story.  He proceeded to say that when he was a young child he was taken, together with his family, to Auschwitz.   His brothers and father were taken one direction and he was ordered to go a different one. He found himself in a room with other children and elderly people.  The Nazi’s instructed them to take off their shoes and undress.  There was one older man who was wearing the most magnificent, fancy, expensive shoes.  He went up to the guard and said, “I won’t leave my shoes here; they are my prize possession.” The guards laughed and said, “do you think where you are going you are going to need shoes” and commanded him to undress.

Our community member continued by telling me that even as a young child, when he heard the guard’s laugh and his unforgettable words, he thought to himself, dos iz nisht gut, this is not good, and instinctively ran, avoiding all of the guards, until he rejoined his brothers and father.   Looking back all these years later, he confessed, he doesn’t know how he made it from one barrack to another without being caught or seen or how he was able to blend in with the grown up men as a young boy.  But, he said, the only reason he survived is because of that man’s fancy pair of shoes and the fact that he wouldn’t part with them.

I walked away from the conversation that morning feeling so small, utterly insignificant, and frankly somewhat embarrassed.  Until that morning, this man, whom I have always tried to be friendly towards, was nothing more than ordinary to me.  True he had an accent and likely had a “story.”  But, he modestly blends in and quietly goes about his business as if he has led the most mundane, uneventful life when in truth his life, was anything but.

If you look around you on a regular basis, there are seemingly ordinary people who in fact have led the most extraordinary lives.  This shy, humble, quiet man had displayed unfathomable courage, tenacity and strength in his life.  His attendance at davening every day of the week is in truth an enormous expression of faith and devotion to the Almighty, despite the hardships, tragedy and loss that he has confronted.

All too often, we only learn the background of a person when it is too late to ask them questions.  We walk away from their funeral inspired, impressed, but also curious to learn more.   With their loss goes their story as only they could tell it, the answers to our questions and the solutions to that which piques our curiosity.

The Torah (Devorim 32:7) tells us, “Sh’al avicha v’yagedcha z’keinecha v’yomru lach, Ask your fathers and they will tell you, your elders and they will explain to you.” Our fathers and mothers and our elders have so much wisdom, incredible life stories and extraordinary experiences to share with us. We stand to gain enormously by learning from them. However, “sh’al,” we need to first ask and show interest.

That day I learned that a man I had considered an “average Joe,” was indeed a mighty hero.   Let’s not wait until it is too late to learn other people’s stories.  Be inquisitive, ask questions, and most importantly recognize that behind most ordinary people are extraordinary experiences that we can all learn from, if only we take a moment to ask.