March 26, 2018|י' ניסן ה' אלפים תשע"ח Freedom is Speech: On Pesach We Care About What Comes Out of Our Mouth, Not Just What Goes In It By Rabbi Efrem Goldberg 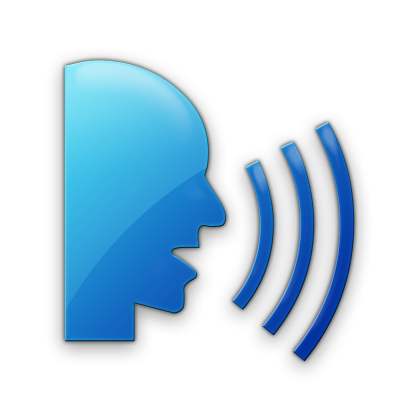 Pesach is all about talking. The Talmud tells us that matzah is called lechem oni, the bread of answering, since it is the bread upon which we declare many things. There is a specific mitzvah to tell the story of Exodus.   We are encouraged not to be succinct, but rather, “It is praiseworthy to dwell on the story and tell it as fully as possible.”

Yet our sages teach, “Say little and do much,” and “one who is verbose and loquacious brings mistakes.” Why on Pesach do we have an entirely different attitude towards speech?

In his book Man’s Search for Meaning, Victor Frankl describes what happened after they were liberated:

The body has fewer inhibitions than the mind.  It made good use of the new freedom from the first moment on.  It began to eat ravenously, for hours and days even half the night.  It is amazing what quantities one can eat.  And when one of the prisoners was invited out by a friendly farmer in the neighborhood, he ate and ate and then drank coffee, which loosened his tongue, and he then began to talk, often for hours.  The pressure which had been on his mind for years was released at last.  Hearing him talk, one got the impression that he had to talk, that his desire to speak was irresistible.  I have known people who have been under heavy pressure only for a short time to have similar reactions.  Many days passed, until not only the tongue was loosened, but something within oneself as well; then feeling suddenly broke through the strange fetters which had restrained it.

Rav Aharon Soloveitchik, zt”l, writes in his book Logic of the Heart, Logic of the Mind, “Upon delivery from the Egyptian bondage, the Israelites regained their self-expression. As long as they were subjected to Egyptian bondage, their self-expression was stifled and suppressed. But at the moment of Exodus, the Israelites regained their speech. Slaves cannot express or assert themselves properly. They cannot realize their potential. Only the free man is capable of doing so.”

The Arizal saw the connection between speech and freedom in the very name of the holiday.  Pesach, he explained, comes from "Peh - sach" - "a mouth converses."  Part of affirming our freedom on Pesach is affirming the awesome responsibility that comes with freedom of speech.

Part of what makes America an exceptional country and a true democracy is the first amendment promises of free speech. Free speech means we can protest, advocate, object, speak our minds, etc.  However, even free speech has restrictions.  One may not use their words to incite or to libel another.  One may not freely share obscenity or plagiarize someone else’s words.

Judaism also believes in freedom of speech and indeed sees the capacity to speak as one of the greatest expressions of freedom.  American law tolerates speech, which is negative, insensitive and tactless.  When Justice Louis Brandeis affirmed the freedom of speech in a Supreme Court decision in 1927, he acknowledged that such liberty made possible the "dissemination of noxious doctrine."

Torah has no tolerance for noxious doctrine. Not only are we prohibited from speaking gossip, whether true or untrue, we are enjoined to be mindful of our choice of words.   In contrast to noxious, we measure the acceptability of speech by whether or not it is lashon nekiya, clean, proper, concise and elevating.  Lashon harah is prohibited as it hurts others, and profanity is forbidden because it degrades and hurts ourselves.

Pesach and Tisha B’Av are always the same day of the week and share a close association.  Some suggest that on Pesach we are acutely aware of the loss of the Temple and remember how the evening is not entirely complete without the Pascal Offering.  This is why we eat an egg, the symbol of mourning and we remember how Hillel used to eat his sandwich when the Temple stood.

However, the Vilna Gaon was opposed to seeing mourning as having any part of the regal Seder night.  What then is the connection between Pesach and Tisha B’Av?

Rabbi Avraham Schorr suggests that we open the Haggadah by reciting kol dichfin yeisei v’yeichol, whoever is hungry come and eat as a way of expressing our love for every Jew.  Kol, anybody and everybody are invited to join us for our Seder.  Those to the right of me and to the left of me, those more religious and those less religious, those that agree with me and those who couldn’t disagree more, those who like my candidate and those who support another one.

On Seder night, everyone is invited to break matzah with me. My friends are invited, the stranger is invited and even my so-called enemies are invited.  Everybody. On Pesach we seek to fix the damage of Tisha B’Av.  Destruction results from my abusing my power of speech.  Redemption only occurs when I use my speech to build bridges, create connections and repair he world.

Celebrating freedom elevates us to a higher consciousness.  Rav Kook, (Orot HaKodesh vol. III, p. 285) wrote: “As the soul is elevated, we become acutely aware of the tremendous power that lies in our faculty of speech. We recognize clearly the tremendous significance of each utterance; the value of our prayers and blessings, the value of our Torah study and of all of our discourse. We learn to perceive the overall impact of speech. We sense the change and great stirring of the world that comes about through speech.”

On Seder night, the night of peh-sach, of talking mouths, we renew that promise to use the speech that comes with our newfound freedom to be kind to one another, to be thoughtful and considerate not only in what we say, but how we say it. The Torah doesn’t seek to stifle opinions or suppress perspectives.  The Pesach celebration of freedom of speech is a celebration of our ability to think differently, speak different and write our different opinions freely.  What it doesn’t allow us to do is to ignore the impact of what we write and say on others and how they feel, how our message and messaging triggers hurt or pain in others.

On Pesach we are not only concerned with what goes into our mouth, but we are ever aware of what comes out of it.