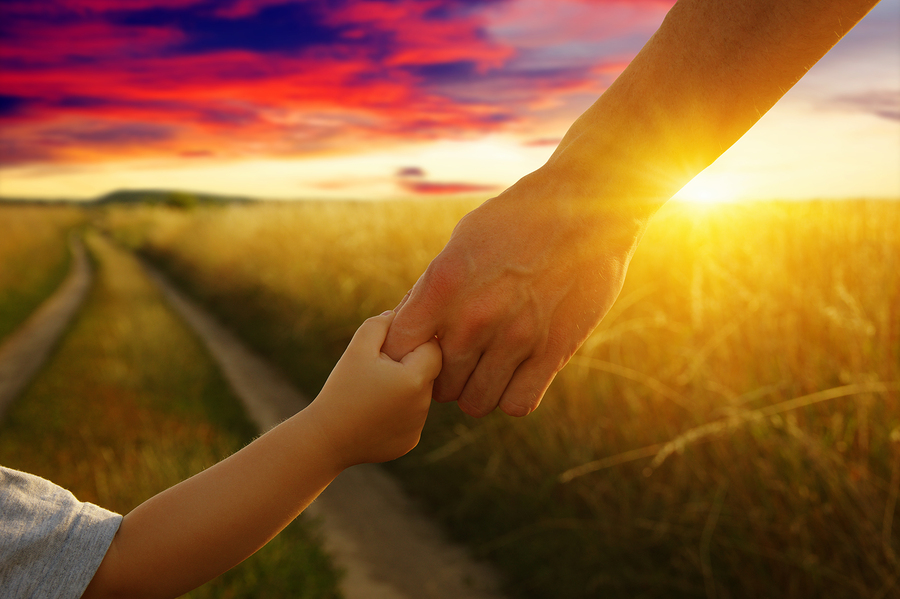 Before coronavirus ever arrived, levels of anxiety, particularly among young people, were disturbingly high.  Indeed, nearly one in three adolescents (31.9%) will meet criteria for an anxiety disorder by the age of 18.  Many others struggle with depression and other forms of mental illness.  Much has been researched and written to understand this deeply disturbing trend which is only growing.  Many theories have been offered, including the impact of technology and social media.  Last year, Erica Komisar, a psychoanalyst and author, shared a theory in the Wall Street Journal that is very worthy of consideration, particularly given the stress of an ongoing pandemic challenging us all.

In our parsha, Yaakov falls asleep and has one of the most famous dreams in history, one that produced the iconic image of a stairway to heaven.  He awoke and remarked – “this is none other than the house of Hashem and a gate to heaven.” Yaakov identifies his location as both a house and gateway. Are these descriptions independent or complimentary?  Was Yaakov describing one place or two?

The Gemara (Pesachim 88a) tells us that Yaakov’s description of this place surpassed that of his father and grandfather.  They had each encountered this special space, the Temple Mount, but described it in a more limited fashion: “Avraham called it a ‘mountain, har Hashem yeira’eh,’ and Yitzchak called it a ‘field,’ but Yaakov called it ‘Beis Elokim, a house.’”  Why is the designation of a house superior to the other ones?

Avraham saw the Beis HaMikdash as a mountain, a place one climbs towards, ascends to.  But we know that it is difficult, if not impossible, to stay on the top of a mountain.  We all have highs and lows, we wax and we wane in our religious inspiration and in our level of connection to Hashem.  Yitzchak described the place as a field, a place of planting, growing, blossoming, reaping and harvesting.  We visit the Beis HaMikdash to grow and to blossom.  But a field after being harvested is fallow, barren, and empty and needs to be plowed and planted once again.  Yaakov describes the Beis HaMikdash not as a mountain or a field, but as a house or a home.  A home is not a place to visit or tour; it is your permanent residence, where you live, function and exist.

Avraham describes religious inspiration and spirituality as something to strive for, a mountain to climb, a peak to ascend towards.  Feeling Hashem’s presence in our lives comes in fleeting moments, and while we do feel those highs, we spend a good part of our time at the base of the mountain, trying to climb back up.  Yitzchak describes religious inspiration as a field.  It comes in cycles.  We must plant the seeds that will blossom into a deep relationship and feeling of the Almighty’s presence, but seasons change, and fields die, and they must be planted once again.

In Yaakov’s vision, by contrast, our relationship with Hashem is not far off, distant, or in a transcendent state.  It is not a high altitude that is hard to spend a long time at. Rather, we build a home for Hashem when we welcome Him into our mundane lives in a sustained and continuous way.  For Yaakov, the best metaphor to describe our relationship with Hashem is the home and all that happens therein.

Rav Hirsch explains, when we turn ourבית , our physical homes into a בית אלוקים, a place of virtue, nobility, honesty, integrity, chesed, gratitude, learning, generosity and kindness, then we create aשער השמים , a gateway straight up to Heaven.

Too many of us make the mistake of thinking that learning and growing, inspiration and spirituality only happen at school, the shul or the beis midrash, while the house is for eating, sleeping, recreation, entertainment, and storing our things.  We think that Hashem is found in religious settings, but in reality, if you want a stairway to Heaven, if you want access to the highest places, it is by inviting God into your home.  Our homes are fertile classrooms, places of higher learning in which our children are watching and absorbing all that we do.

In bentching we sayהרחמן הוא יברך את אבי מורי ואמי מורתי , Hashem bless my father, my teacher and my mother, my teacher.  But most people’s fathers are not employed as teachers and their mothers are not in education so why do we give them the title Morah and Moreh?  Rav Shmuel Kaminetzky says because in truth, no matter what their training, profession or type of business, every single parent is a teacher and indeed is very involved in educating not only their children but all those whom they influence.

As Yaakov understood, our homes, the environment we create, the activities we promote, the images and ideas we allow to enter, are the greatest contributor to our religious identity and ultimately have the biggest impact on our children as well.  The emphasis on home is not just the physical structure, but home is a symbol of our attitudes, our efforts and our willingness to work and sacrifice for spirituality.

As a therapist, I’m often asked to explain why depression and anxiety are so common among children and adolescents. One of the most important explanations—and perhaps the most neglected—is declining interest in religion. This cultural shift already has proved disastrous for millions of vulnerable young people.

Harvard researchers studied 5,000 people and among many factors, tracked religious involvement.  They found that children or teens who reported attending a religious service at least once per week scored higher on psychological well-being measurements and had lower risks of mental illness. Weekly attendance was associated with higher rates of volunteering, a sense of mission, forgiveness, and lower probabilities of drug use and early sexual initiation.

Komisar suggests that there may be a correlation between the decreased practice of religion and the increase in anxiety and depression.  She writes:

I am often asked by parents, “How do I talk to my child about death if I don’t believe in God or heaven?” My answer is always the same: “Lie.” The idea that you simply die and turn to dust may work for some adults, but it doesn’t help children. Belief in heaven helps them grapple with this tremendous and incomprehensible loss. In an age of broken families, distracted parents, school violence and nightmarish global-warming predictions, imagination plays a big part in children’s ability to cope.

I also am frequently asked about how parents can instill gratitude and empathy in their children. These virtues are inherent in most religions… Such values can be found among countless other religious groups. It’s rare to find a faith that doesn’t encourage gratitude as an antidote to entitlement or empathy for anyone who needs nurturing. These are the building blocks of strong character. They are also protective against depression and anxiety.

This pandemic has caused all of us to spend more time at home.  Some have not been able to go back to Shul, many have not seen their offices in months, others have been forced to convert their homes into classrooms with children engaged in distanced learning or home schooling.  Certainly, we all long to return to vibrant activity and attendance in those venues so valued and critical to our sense of belonging, growth and community.

But this should not be disheartening. The paradigm shift to our role as teachers and educators, and transforming our homes into religious places, could be just what we and our children need to be resilient, strong, happy and healthy.  While tempted to turn inward to avoid feeling anxious, it turns out the opposite is true.  Turn out, towards caring for others, and towards connecting with God.

Even if your children are grown up, even if they are no longer in your home or under your influence, they are still deeply impacted by who you are, how you live, what you value, how you speak, and how you prioritize your life.  It is never too late to turn your literal or figurative home and life into a house for Hashem and thereby create a gateway to Heaven.