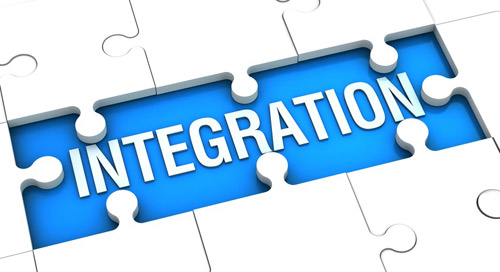 Recently, an article referencing a conversation we had on Behind the Bima referred to me as a “Modern Orthodox Rabbi.” I was taken aback by that characterization and found myself badly wanting to correct it.

To be clear, it’s not that I want to disassociate with modern orthodoxy as much as that I desperately don’t want to be reduced to just it.  I would have preferred a more accurate (although admittedly less catchy) description: a member of the post-ideological, broad and diverse Torah community.

Now don’t misunderstand. I am proud to have received semicha from Yeshiva University and feel honored and blessed to enjoy a close relationship with several of its Roshei Yeshiva whom I consider my rebbeim and poskim. Among other philosophies associated with modern orthodoxy, I unapologetically and without hesitancy see the religious significance of the miracle of the Modern State of Israel and express my gratitude to Hashem for it.

But these are only some components of who I am; there is much more to what I believe, how I live, the leaders and communities I connect with, and the values I hold dear.

I certainly respect the right of others to fully identify with one particular hashkafa.  Minhagim, customs, and practices are important as are outlooks, perspectives, and approaches to life.  Some feel more comfortable, safer, locked in to one derech, one approach and view.  I understand both the tradition and temptation of such a life.  As examples, you will often hear Chabad rabbis who only ever quote the Rebbes of Chabad and Chafetz Chaim rabbis who largely quote the Rosh Yeshiva, Rav Henoch.  There are YU rabbis who limit themselves to quoting Rav Soloveitchik or Rabbi Lord Sacks.

Make no mistake, I am not saying these rabbis are doing anything wrong. I personally prefer to quote all these sources of Torah and many more, to learn and teach the Torah of diverse great scholars and righteous leaders, to incorporate aspects of the beauty, meaning and inspiration of the rich fabric of the Torah world, both that which I am most familiar with and pursuing new horizons.

Among the many questions Jewish dating websites ask when you create a profile is how you categorize yourself religiously.  Possibilities usually include some variation of Modern Orthodox, Modern Orthodox Machmir, Modern Yeshivish, Yeshivish, Carlebachian, or Chassidish.  Perhaps it makes sense for a dating profile to allow you to choose one answer in order to achieve compatibility, but we don’t have to sign up or designate ourselves as one category for life.

When Rav Asher Weiss visited our community, he challenged us to “have a litvishe head and a chasidishe heart, the honesty & integrity of a yekke and the temimus and purity of a Hungarian, the Kavod HaTorah of a Sefardi and the love of Eretz Yisrael of a tziyoni.”  He most certainly didn’t intend to promote stereotypes or suggest that any of these qualities can be found exclusively among one group and not the others.  He was simply encouraging us to take the best of what we tend to associate with each specific group and incorporate it all into our own complex Avodas Hashem.

The prophet Yechezkel tells us that there were twelve gates in the Beis HaMikdash.  According to Rav Chaim Vital (Pri Eitz Chaim, Shaar ha-Tefillah), correspondingly, each of the twelve tribes had its own nusach ha’tefillah, its own liturgy, and its own heavenly gate through which its prayers would ascend.  Almost two hundred years later, the Maggid of Mezeritch (Maggid Devarav le-Yaakov 141) added that if someone doesn’t know his or her tribe, there was a thirteenth gate.  He suggested that when it comes to davening, this corresponds to the nusach of the AriZal, which the Maggid called the “Sha’ar Hakollel,” the universal gate.

What is true for nusach is true for life. There are those who are confident about what hashkafic tribe they come from.  They walk in and out of one narrow gate.  But I believe there are many of us, maybe even most of us, who see ourselves as part of the Sha’ar Hakollel of life, drawing from the richness of the Torah world, uncomfortable and unwilling to lock ourselves into a narrow gate, but instead embracing a vast and expansive entrance.  We don’t alternate between hashkafas or practices, we integrate them.

Members of the Sha’ar Hakollel have no specific yeshiva or shul. Our movement not only has no name or organization, it has unlikely ever been considered or called a movement.  We have no set minhagim or identifying uniform.  We live in Boca and Boro Park, in Teaneck and Lakewood, in Israel and America and all over the world.

Data and anecdotal evidence show that there are many in “yeshivish” communities regularly listening to the shiurim of “YU” rabbonim and there are a growing number of “modern orthodox” young people finding meaning in chassidishe seforim and contemporary leaders like Rav Itche Meir Morgenstern, Rav Gamliel Rabinowitz, Rav Elimelech Biderman, and others.  There are Jewish magazines that may be perceived as “right wing” but have large readership in “modern orthodox” communities.  These magazines are not locked into one hashkafa, but they feature many, exposing their readership to great leaders across the spectrum of the Torah community.  The diversity of their growing subscription base testifies to the thirst and appetite to walk through the Sha’ar Hakollel, not just through one particular gate.

I had a rebbe who would say, “You can put me in a box when I am dead; until then don’t try to make me fit neatly into one of your labels.”  Perhaps others feel more comfortable in their position if they can either count you among their tribe or decide that you are part of the tribe they have rejected.  But while narrow vision serves them (and again, to be perfectly clear, I am not casting negative aspersions on any people who choose this path), it doesn’t have to be our way.

The Almighty doesn’t limit us to what yeshiva, seminary or school we graduated.  He doesn’t only know us by what we wear on our head, how we voted, what nusach we daven, or if we eat gebrokts or kitniyos.  Hashem is complex, His Torah is multifaceted and has seventy faces, and our personalities and practices are made up of many parts.  We don’t alternate between them like someone with multiple personalities, but we synthesize, integrate, and weave them into a rich tapestry.

Some in the Torah world, in many ways paralleling the divisions and partisanship in the culture around us, want us to line up and choose our camp, to see things in black and white instead of grey, as binary instead of pluralistic, as win/lose instead of win/win.  But we don’t have to listen, we don’t have to allow ourselves to be defined narrowly, or to sign up for a particular team competing with and to the exclusion of all others.

Perhaps one day there will be a name, an organization or movement for the community who walk through the Sha’ar Hakollel. Or perhaps that itself would undermine and compromise the beauty of such a life.  For now, it is enough to know we exist, to draw strength from one another and to not feel pressured to pick a team.

A student of Rav Hutner zt”l once confided that he felt his secular career meant he was living a double life.  Rav Hutner responded (Pachad Yitzchak Iggeros U-Kesavim, pp. 184-185) that someone who switches between the room they rent in a hotel and the room they rent in a house is leading a double life.  However, someone who rents a house that has many rooms is leading one life.

We don’t have to cram into one room.  We can spread out across the house called Torah.  It has many rooms, they are decorated and function differently and they complement one another.

If referred to in the future, I hope to be identified as a litvishe, chassidishe, yekke, Sefardi, tziyoni rabbi… with a great podcast.