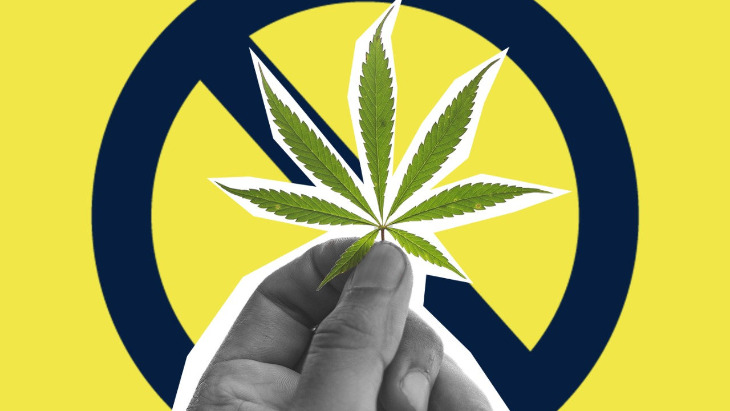 In 1970, President Richard Nixon signed the Controlled Substances Act ("CSA"), essentially declaring a war on drugs, including marijuana. American’s attitude and US law have come a long way since then. Last year, the US House of Representatives passed legislation to remove cannabis (marijuana) from the CSA.   Currently, legislation is being considered to decriminalize marijuana and establish a tax on sales similar to alcohol.

Eighteen States have presently legalized the recreational use of marijuana and 36 approve it for medical use. The legal cannabis market is expected to reach over $40 billion in the United States by 2026.

With popular opinion and American law increasingly embracing marijuana use, the question is, what does Judaism have to say?

In Jewish law, there is a general requirement to observe the civil laws of the land in which one lives when they are not in contradiction with Jewish law.[1] Therefore, in addition to whatever Judaism says about marijuana, Jewish law demands an obedience to the authority of civil law. If it's illegal to possess or use marijuana, it's also against Jewish law.

Does that mean if it's legal, it's also permissible according to Jewish law and Jewish values?

It's important to distinguish between recreational marijuana use and medical use.  The Talmud[2] understands from the Hebrew phrase “v’rapoh yerapeih,[3] he shall provide for his healing” that man has license to treat, even though the process of healing could itself violate other values such as not causing someone to bleed. What about treating pain, even when there is no healing benefit?  Is one permitted to violate other values or prohibitions, simply to relieve pain?

Rabbi Avraham Borenstein[4] (1838-1910) proves that the treatment exemption doesn’t only apply to healing, but also to pain management, even if there is no therapeutic benefit.

Extending this ruling, Rabbi Yitzchak Zilberstein,[6] a contemporary authority, writes that despite a general negative approach to marijuana use, it may be used for medical and pain management purposes, no different than narcotics or pain medications.

The Torah obligates us to live healthy lives and to generally protect our wellbeing.  The Talmud[7] derives from the verse, “V’nishmartem m’od l’nafshoseichem, be very careful to safeguard your soul,”[8] a mandate to be responsible with our lives.  Is marijuana use a violation of the responsibility to live a healthy life?

The Talmud[9] tells us that Rav, who lived in the second century, told his son Chiya, “Do not ingest any drugs.” Rashi explains that Rav was concerned that a person would enjoy the “high” and would crave experiencing it over and over. Why is that a problem?  How is being high and happy a violation of living healthy?

Humans are composed of two souls, our animal soul and our Godly soul. The animal soul urges us to act impulsively and to indulge our drives indiscriminately.  We describe someone who is out of control as acting like an animal and someone who stuffs their face as eating like a pig. We are also endowed with a Godly soul and are each created in God’s image. The Godly soul is capable of discipline and self-control. It enables us to consciously make choices and empowers us to regulate our behavior.

When we indulge in substances that cloud our judgment or that compromise our consciousness, when we lose control and become undisciplined, we are weakening our Godly soul, essentially surrendering our very humanity. We are meant to live in the here and now, to be fully engaged and immersed in the present, aware of our surroundings, engaged with our environment, responsible for our behavior and able to remember what we did and what occurred around us.  Using substances, be they drugs or alcohol to escape our reality, to numb ourselves to pain, to feel heightened pleasure or just for fun is to submit to our base self, to choose the animal impulse over our Godly soul.

Holiness demands consciousness, mindfulness, and self-control. That's why the Torah[10] forbids drinking wine in the Temple, the holiest building, in the holiest place on earth. While getting drunk or high can lead to a fleeting and temporary happiness, it is counterfeit and short lived. The Rambam writes, “whoever becomes drunk is a sinner, is shameful and will lose his wisdom. If he becomes drunk before others, he desecrates God’s Name.”

Some argue that being high or drunk actually enables religious growth and spiritual breakthrough by removing inhibitions and relieving stress, but this is a mistake. Authentic, genuine and lasting spiritual growth results from engaging our heart, brain and soul in a conscious state, not by escaping them.

It is important to note that while research comparing dangers and side effects of alcohol and marijuana remains mixed, there is a fundamental difference between them. At Jewish events, on holidays and during lifecycle events, wine is used in moderation to elevate and dignify the occasion. While Judaism frowns upon getting drunk, it simultaneously incorporates lifting a glass of wine to honor a special occasion. Wine can be enjoyed in moderation and consumed without intoxicating while marijuana is a tool to get high with some research arguing it is a gateway drug.

Rabbi Moshe Feinstein, one of the greatest American rabbis of the 20th century, rules[11] that marijuana use is addictive, harmful and forbidden. According to the National Institute of Health,[12] 30% of those who use marijuana have some degree of marijuana use disorder. Additionally, research[13] shows that marijuana use kills brain cells and can be harmful to a person’s health and wellbeing. Marijuana use is associated with deficits in decision-making. A person who is high not only cannot observe mitzvot properly, he or she is much more likely to engage in behavior and choices that are antithetical to Jewish law and in conflict with Jewish values.

Rabbi Feinstein concludes by reminding us that in Judaism, we live for holiness, not happiness, and says, "We must make our greatest effort to combat this impure and unholy activity from the Jewish people.”

A contemporary rabbi in Israel, Rabbi Shlomo Aviner also addresses this question and comes to the same strict conclusion. He writes[14] that people who use marijuana become dependent on it and that dependance compromises the capacity to live our best selves. He adds that it tends to make people unmotivated, impacts memory, and inflates confidence in dangerously unhealthy ways, all assertions that are supported by research and inconsistent with a rich, ambitious Jewish life.

While marijuana use creates a fleeting, inauthentic high, there is a drug that is not only legal and permissible according to Jewish law, but creates a permanent joy, pleasure and satisfaction.  The Talmud[15] calls our sacred and timeless Torah, the sam chayim, the drug of life.  Learning and living Torah gives us contact with the Divine and enables us to connect with immortality.  In his classic manual for meaningful living, Mesillas Yesharim, the Ramchal writes that, “man was created solely to delight in God and to derive pleasure in the radiance of the Shechina (divine presence). For this is the true delight and the greatest pleasure that can possibly exist.”

We don’t need to turn to substances for escape, relief or pleasure, we have the opportunity and invitation to get high on Hashem.  When we nourish and satisfy our Godly soul rather than our animal impulse, we experience a high that is real, lasting and transformative.

While the world around is adopting more permissive laws and views of marijuana use, Jewish law believes that although medical marijuana is permissible, its recreational use prevents us from being our best selves and is forbidden. We should satisfy the craving to “get high” by working hard to develop our spiritual muscles and deepen our connection to the Infinite Source of creation.