February 17, 2021|ה' אדר ה' אלפים תשפ"א A Year Ago We Put on Masks For Purim and Haven't Taken Them Off Yet By Rabbi Efrem Goldberg 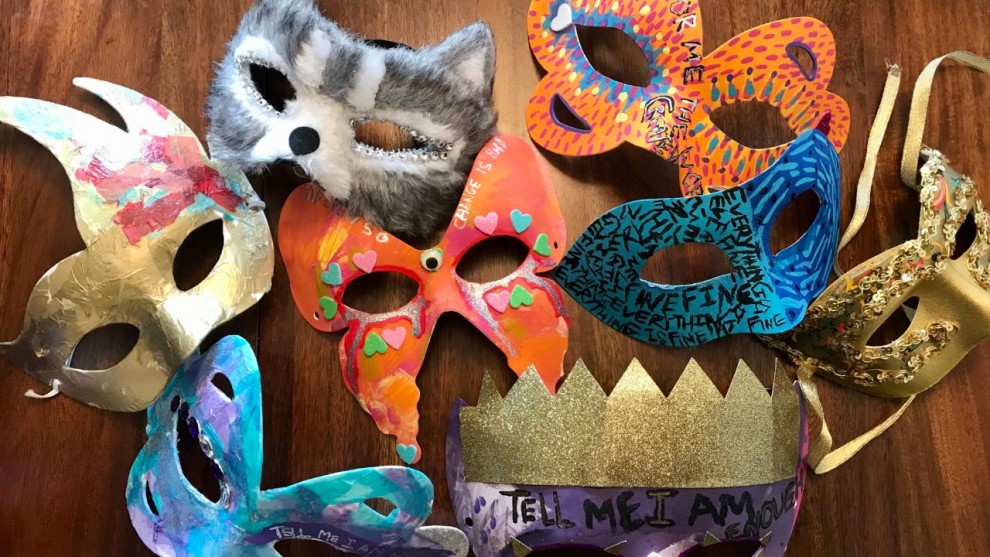 While Purim is normally one of the happiest days on our calendar, this year it will mark a sobering milestone.  Purim will essentially mark a full year of living through a pandemic that has radically changed our lives. While we are beyond grateful for the progress with treatments and vaccinations, the return to some sense of normalcy doesn’t seem imminent.

In ordinary times, when we meet someone, we shake their hand.  Why not nod, bow, smile or just say hello?  The history of the handshake dates back to the 5th century BCE in Greece. Shaking someone’s hand showed you weren’t approaching with a weapon.  It was a gesture to communicate that you came in peace, that you posed no threat.

But while handshaking began as an effort towards safety and peace, during this pandemic, it came to symbolize a simple threat.  And so, it is now a year since we last shook hands, a year since we hugged anyone outside of our immediate family, a year of distancing from people we want to feel close to.

Who knew a year ago that when we put on a mask for Purim, we would still be wearing a mask a full year later?  How can we not be anxious for this to finally end, frustrated by how long it has gone on, and concerned with how uncertain the future is?

Towards the ends of the Megillah, we are told how the holiday that we will observe this week, all these years later, came to be.  The 14th and 15th were dedicated to observe and celebrate.  Why were these days chosen?  The Megillah tells us because that is when אֲשֶׁר־נָ֨חוּ בָהֶ֤ם הַיְּהוּדִים֙ מֵא֣וֹיְבֵיהֶ֔ם, the days the Jewish people “rested from their enemies.”

To answer, we look to a different reading from this time of year. Each year, the Torah mandates us to stop, pause and remember what Amalek wanted to do to us.  Amalek the people, but just as important, Amalek the philosophy, seeks our destruction, our utter elimination.  Amalek’s methodology is not limited to physically attacking, overpowering, and destroying.  Amalek is also satisfied with crushing our spirit, with breaking our faith.

The Torah tells us that the attack from Amalek was unexpected.  The people weren’t prepared.  Amalek came suddenly, from behind, and startled them.  Amalek thrives by confusing their enemy, by evoking a sense of panic and hysteria in their opponent.  When they create a paranoia, instill a fear and worry, when they deprive the Jewish people of a sense of tranquility and serenity, they have essentially accomplished their goal; they have won.

When the world was created, the Torah tells us:

The earth being unformed and void, with darkness over the surface of the deep and a wind from God sweeping over the water—

The Torah’s choice of words in Bereishis explicitly evokes our Megillah. The exile of Persia in which the Purim story takes place is characterized by chaos, craziness, frenzy, and hysteria.  When they come to get Haman to bring him to Esther’s party, the Megillah says וַיַּבְהִלוּ לְהָבִיא, they scramble to bring him, they rush and come suddenly and hurriedly.  The galus of Persia is בהלה, the power of Amalek is to take away yishuv ha’daas, to be a disrupter.  This was Haman’s goal, his mission.

“Haman had plotted to destroy the Jews, and had cast pur—that is, the lot—with intent to confuse, complicate, disrupt, destroy and exterminate them.”

There is an Amalek energy in us, a negative voice that says, “Panic! Be hysterical, have no peace of mind, be anxious, worried and deprived of happiness and calmness.”

We defeat the Amalek around us and the Amalek within us when we find the capacity to show faith, to stay calm, and to carry on with confidence.  Says Rav Avraham Schorr in his HaLekach V’Halibuv, that is why our rabbis made the holiday of Purim not directly correspond with the physical defeat of Haman, but specifically with the asher nachu part of the story, when we restored our menuchas ha’nefesh, we found a way to be calm, to live with confidence, to have a peace of mind, to find faith, no matter what.

Panicking, becoming frantic, worrying about what is, what will be, stressing over things that we cannot control, is the influence of Amalek, it is the voice of our enemy who seeks to deprive us of happiness, to rob us of serenity.  It is not who we are and who we can be.  We are God-fearing Jews of deep faith.  We believe in taking our initiative, making our effort, and then relying on our Creator.

As challenging as these times have been and remain, as much as we still, nearly one year in, don’t know about what will be, we cannot and must not forfeit our lives and our happiness in the very month in which we are told to be happier than ever, to have greater confidence and trust, to believe there is something so much bigger than ourselves and therefore to find the capacity to stay calm.

In 1939, in preparation for World War II and in an effort to raise the morale of the British public, the British government printed 2.5 million copies of a poster to be hung in all the major cities in England.  It displayed a simple message that still resonates 70+ years later:  Keep Calm and Carry On.

There is still so much we cannot control, so many variables we cannot predict.  One of the few things we can regulate is our menuchas ha’nefesh, our sense of calm and of peace.

As we come up on a year of wearing a mask, let us make an extra effort to be mindful of the impact of Amalek-type thinking on our lives, and pledge no matter what, to Keep Calm and Carry On.