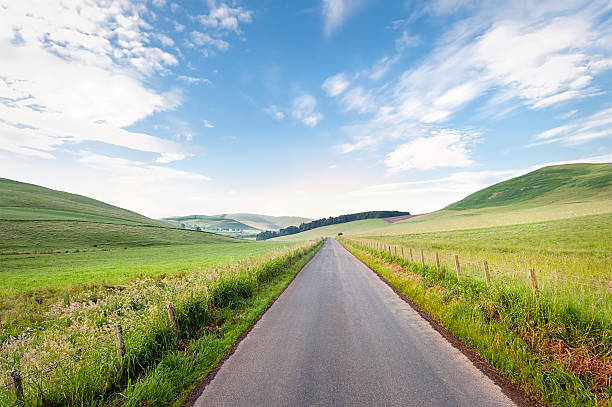 The Torah begins with a description of creation. Of course, we learn of heaven and earth, sun, moon, stars and constellations, the animal kingdom, birds, fish, the earth, vegetation and of course the creation of a human being in the image of God.  But, if we look closer, there are other creations, other unprecedented phenomena that are introduced in Bereishis.

For example, our parsha introduces us to the first incident of “sin,” of poor judgment in human history.  When Chava eats from the eitz ha’daas, the tree of knowledge, and encourages her husband Adom to join her, they create for the world the concept of “sin,” the precedent of disobedience, rebelliousness and insurrection.

Soon after that concept is introduced, it gets repeated by Adom and Chava’s son Kayin, but this time with even greater consequences.  Kayin and Hevel each offer their own sacrifice to God.  Hashem accepts Hevel’s and rejects Kayin’s korban.  Kayin gets jealous which leads him to murder his own brother.

An amazing conversation then ensues between Kayin and the Almighty.  Va’yomer Hashem el Kayin ei Hevel achicha? God says – Kayin, any idea where your brother Hevel might be?  Kayin gets wise with God and says “lo yadati, ha’shomer achi anochi, I have no idea, am I my brother’s keeper?”  At this point, God gets angry.  “Meh asisa, kol dmei achicah tzoakim eily min ha’adamah, what did you do, your brother’s blood is calling to me from the earth.”

What is going on in this conversation?  Why was God toying with Kayin by asking rhetorically, do you know where Hevel is?  And did Kayin really think he would be exonerated with the defense of “Am I my brother’s keeper”?  And why doesn’t God just say, I know you killed Hevel and you will now be accountable?  Why does He phrase it as “what did you do, your brother’s blood is screaming to me?”

The Kli Yakar, Rav Shlomo Efraim Lunshitz, who lived in the early part of the 17th century in Prague, has a magnificent and novel interpretation.  Adom was the first to be disobedient and to defy God.  He was explicitly told to refrain from the tree of knowledge and he did so anyway.  Kayin, however, was the very first to do a different type of sin.  If you think about it, nobody, including Kayin, was ever told not to murder.

Indeed, the Kli Yakar says, that is exactly what Kayin told God in his defense.  Of course Kayin understood what God was saying when He asked where is Hevel.  Kayin wasn’t pretending that he didn’t know where Hevel was, he was pleading innocence on the basis of ignorance:  I was never told that murder is wrong.  “Lo yadati - I did not know that I wasn’t allowed to kill him.  Ha’shomer achi anochi – when did you tell me that I have to protect my brother and that I am not allowed to end his life?”

God responds to Kayin, your brother’s blood is screaming for me.  The Kli Yakar explains that God is telling Kayin there are some things you don’t need to be told. Yes, there are mitzvos that we would never know unless we were commanded.  But there are aspects of life and of ethical conduct that should be obvious to us and that we don’t need to be explicitly instructed.  Adom violated the first, Kayin introduced the latter.

My friend and colleague Rabbi Kenny Schiowitz suggests that this is what the Talmud means when it sometimes says – lamah li kra, sevara hu, why do I need a pasuk to learn a law when I can arrive at it through my own logic.  A verse is superfluous and unnecessary if it can be intuited from nature.

The Gemara (Avoda Zara 25a) calls Bereishis “Sefer Ha’Yashar,” often translated as the book of the righteous.  But the truth is yashar means straight, upright, honest and mentschlich.  The Netziv in his introduction to Bereishis explains that it is the Avos who are called “Yashar” because they practiced kindness and compassion with the Almighty, with their family and with strangers.

But perhaps the lesson of Sefer HaYashar begins with the story of Kayin.  Ignorance may be bliss, but it is no defense for morally corrupt, unethical and inexcusable behavior. From the mistake of Adom and Chava we learn not to defy God and His commands.  From Kayin we learn that there are some things that are wrong even if we aren’t explicitly instructed against them. Finding a loophole, an out, or claiming technically this isn’t wrong, is not a legitimate way to live a Torah life.

The Torah tells us (Devarim 6:17) “V’asisa hayashar v’hatov b’einei Hashem, Do what is right and good in the eyes of Hashem.”  What does this generic statement mean?  How do I fulfill this command?

This is a great concept, for it is impossible to mention in the Torah all of the modes of behavior for a person to follow with his neighbors and acquaintances, and all of the details of his business dealings and all the regulations for the betterment of society and of states.  However, after mentioning many of them such as don’t gossip, don’t take revenge…it goes on to say here in a general manner that one should do what is good and right in every situation.

In other words, the Ramban is telling us that as limitless as the Torah is, it is impossible to imagine and legislate for every single scenario man is destined to confront.  Therefore, in addition to the detailed laws, the Torah charges us to always ask ourselves a simple question: I may not know if there is a passuk about my situation, or a specific Halacha in Shulchan Aruch that tells me the direct answer, but is what I am about to do right and good?  Would God want me to do it?  Would I do it if I could see God standing next to me?

We spend a tremendous amount of time studying, analyzing, and focusing on the rules and laws.  We have too often neglected to teach and model the essence of a Torah way of life, which is to engage every decision in our lives by asking, is this what God wants me to do?  Am I bringing Him nachas, joy and pride?  Am I advancing His vision for society?  Does this pass the test of ha’yashar v’hatov, the right and the good?

The first lesson of the Torah is to be yashar, don’t be an operator.  Be straight and honest and do what is right, even when it doesn’t say explicitly anywhere that this is wrong.   The lack of a source in Shulchan Aruch identifying this as assur is not a good enough reason to say it is mutar.  One must always ask themselves, what is the yashar thing to do and do it.