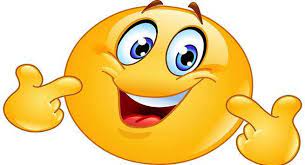 Earlier this week, four Israelis were killed, and several others were injured, in a terrorist stabbing attack at a shopping center and gas station in Be’er Sheva.  Beautiful, innocent souls, guilty only of being Jewish and living in the one and only Jewish homeland, were murdered in cold blood, reminding us yet again how our brothers and sisters in Israel live daily with threats and dangers.

One would think a country whose citizens face terror regularly and are surrounded by hostile enemies who seek their extermination would be paralyzed by fear and would be debilitated by distress.  Instead, despite the daily dangers, Israelis are remarkably happy.

According to this year’s World Happiness Report that was just released, Israel has climbed to its highest ranking yet, breaking into the top 10 happiest countries in the world.  Finland came in first for the fifth year in a row, while Afghanistan placed last at No. 146.  At No. 9, Israelis are happier than Canadians (No. 15), Americans (No. 16) and the people of the United Kingdom (No. 17).

When the Founding Fathers included the “pursuit of happiness” as an American right and entitlement, it is almost as if there was an inherent concession that happiness can be pursued, but it is hard to ever attain.  For many, that pursuit has grown tiring and indeed, they have given up.  In 2006, Harvard psychologist Daniel Gilbert wrote a book called “Stumbling on Happiness.”  In it, he argues that the things and experiences we typically predict and imagine will bring us happiness, rarely do.  Rather, he says, happiness is elusive, and while there are efforts we can make, our best bet is to hope to stumble upon it.

Judaism doesn’t agree.  Happiness, simcha, is not something that we stumble or trip upon by accident.  It is the result of a conscious decision, a determined attitude.  In his Mesillas Yesharim, the Ramchal writes that simcha is ikkar avodah, being happy and joyful is not a luxury or simply preferable, they are critical components of a meaningful life of serving Hashem.

We tend to think that when we are happy we smile, but it turns out to be the opposite.  Science has shown that the mere act of smiling, engaging the micro muscles involved, can lift your mood, lower stress, boost your immune system, and even prolong your life.  When you smile, your brain releases neuropeptides to help fight stress. Dopamine, serotonin, and endorphins are released that relieve pain and bring pleasure.

As a result, choosing to smile is choosing happiness, not only for you but for the people around you.  Nicholas Christakis, a professor at Harvard Medical School, found that misery is not alone in liking company; happiness is also contagious.  Knowing someone who is happy makes you 15.3% more likely to be happy yourself. A happy friend of a friend increases your odds of happiness by 9.8%, and even your neighbor’s sister’s friend can give you a 5.6% boost.

In Pirkei Avos (1:15) Shammai teaches: שַׁמַּאי אוֹמֵר...וֶהֱוֵי מְקַבֵּל אֶת כָּל הָאָדָם בְּסֵבֶר פָּנִים יָפוֹת.  Shammai used to say, receive all people with a pleasant countenance. Rav Ovadia Bartenura provides a powerful interpretation: “When you bring in guests to your home, do not give to them while 'your face is buried in the ground;' as anyone who gives and 'his face is buried in the ground' - even if he gave all of the gifts in the world - it is counted for him as if he did not give anything.”  If you give someone, even generously, but you don’t smile, it is as if you gave nothing.  The smile is more valuable than the resource you shared.

Simcha, happiness, occurs when we make the decision to focus on the blessings in our lives, no matter how challenging or formidable the struggles we face simultaneously.  If our happiness results from the blessings we already have, we can always find happiness, because we always have at least something.  But if our happiness is determined by what we don’t have—“If only I had more money, a nicer house, a better job, a more loving spouse, more loyal children”—we will never be happy because we can always have more and therefore by definition there will always be something we don’t have.

In a recent Living with Emunah shiur, I challenged everyone, men and women, adults and children, to make the conscious effort to smile more, even—or especially—when we don’t feel like it.  Smile before walking into the house.  Smile when the children come into the car at carpool.  Smile when greeting your family at the end of the day.  Be intentional, create the habit and routine of smiling in the moments that will create the mood and introduce the energy.

After the shiur, I received several emails about how smiles changed people’s lives:

Since the end of the Emunah class today was about smiling, thought I’d share this with you. I was at a Shabbat meal when I was single and wasn’t in the best mood. I guess dating was getting to me. A bunch of single guys were there at that meal and the lady of the home told my Rebbetzin that I need to smile more, especially if I’m looking for a shidduch. So on Simchas Torah weekend as I walked out of shul I started to smile going down the stairs with hundreds of singles around, and my future husband saw me smiling. He came over to me because I was smiling.

Your story in the Emunah shiur brought me joy (and a smile). Twenty-plus years ago as a young, single college graduate, I went for a Beracha from the Kaliver rebbe. After four hours, I was called in. The rebbe said to be happy. I said rebbe, I am happy. He said be happy. I was like wow. If this is all that rebbe said to me it must be a very deep Torah concept. I am generally a very happy, positive person. Optimistic, smiley… but those words stuck with me and I turned my relationships, especially with Hashem, to focus on happiness. I smiled much more. Then Hakadosh Baruch Hu sent me my zivug. I was on the women’s side at a kiddush in shul and my now husband saw me smiling and asked a friend to find out who I was and set us up. The power of a smile and emunah…we were married that Adar! Now a gazillion sleepless nights later, several children, thousands of rides to school, mishmar, sports, etc, I do it with a smile. Each carpool. A smile is the first thing people notice externally.

Don’t stumble on happiness, choose it by smiling more.