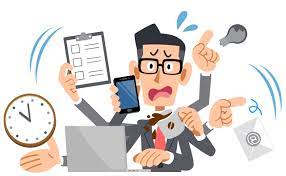 When is the last time you asked someone how are they are doing and they didn’t answer, “Busy?”

In his article “The ‘Busy’ Trap,” Tim Kreide writes:

If you live in America in the 21st century you’ve probably had to listen to a lot of people tell you how busy they are. It’s become the default response when you ask anyone how they’re doing: “Busy!” “So busy.” “Crazy busy.” It is, pretty obviously, a boast disguised as a complaint. And the stock response is a kind of congratulation: “That’s a good problem to have,” or “Better than the opposite.”

Look around and you’ll notice it isn’t generally people pulling back-to-back shifts in the I.C.U. or commuting by bus to three minimum-wage jobs who tell you how busy they are; what those people are is not busy but tired. Exhausted. Dead on their feet. It’s almost always people whose lamented busyness is purely self-imposed: work and obligations they’ve taken on voluntarily, classes and activities they’ve “encouraged” their kids to participate in. They’re busy because of their own ambition or drive or anxiety, because they’re addicted to busyness and dread what they might have to face in its absence.

One study from the Monthly Labor Review found that people estimating 75-plus hour workweeks were off, on average, by about 25 hours. It mentioned that a young man reported working 180 hours a week, which is quite literally impossible, since that is twelve more hours than a week contains.  How many hours a week do you work?

When angels in the guise of men appear before Avraham in this week’s Parsha, he offers them water to wash their feet.  The Chizkuni explains - “This all occurred during the season of the desert winds, known as sharaf. Hashem had made the day especially hot, so that the feet of travelers would be soaked in sand and sweat.”

But Rashi quoting the Gemara (Bava Metzia 86b) has a different understanding: He believed they were idolators who bowed down to the dust of their feet and therefore Avraham didn’t want them bringing that idolatry into his home.

The Shelah HaKadosh (Torah Ohr) wonders, what kind of idolatry is this?  Of course, it is wrong to worship anything other than God, but who would be so foolish as to worship the dust of their own feet?

The Divrei Yechezkel, the Shinover Rav, says not only is it not lunacy, but many of us in fact worship in the same way.  These “idolators” were merchants.  They travelled and ran around doing business, selling their wares, growing customers. All of that activity and “busyness” kicked up dust.  The idea that they were worshiping the dust of their feet, says the Shinover, is that they were bowing down to their busyness, they were kneeling to their efforts and initiative.  These merchants were obsessed and addicted to running around, staying busy, and kicking up dust.  They mistakenly attributed success to the level of their activity, they assumed their determination and work, their busyness yielded results, not Hashem.  That is avoda zara, idolatry.

Many people tie their self-worth to how busy they are, or at least appear to be. When people ask us how things are going, many of us are in the business of busyness and instinctively talk about how little time we have, how much we have going on, how busy things are.  Leisure time used to be viewed as a status symbol. Now, free time has come to be looked down on as idleness. Instead, hectic busyness has become the symbol of achievement.

Avraham told his guests: וְרַחֲצ֖וּ רַגְלֵיכֶ֑ם, wash your feet, get rid of that dust, eliminate the addiction and worship of busyness, and enjoy some slow living.

The Mishna in Avos (1:4) says: יוֹסֵי בֶן יוֹעֶזֶר אִישׁ צְרֵדָה אוֹמֵר, יְהִי בֵיתְךָ בֵית וַעַד לַחֲכָמִים, וֶהֱוֵי מִתְאַבֵּק בַּעֲפַר רַגְלֵיהֶם, וֶהֱוֵי שׁוֹתֶה בְצָמָא אֶת דִּבְרֵיהֶם: “Make your home a gathering place for Chachamim, sit in the dust of their feet, and drink in their words with thirst.”  The simple understanding is that the Rebbe, the teacher, used to sit on a chair, surrounded by students on the floor at his feet.  Alternatively, it can refer to being humble in their presence.  But why then didn’t the Mishna say so explicitly, why connect it to making yourself dusty with the dust of their feet?  And do Talmidei Chachamim really “kick up dust” with their teaching, aren’t they sitting down?

Based on the insight of the Shinover, the current Rosh Yeshiva of Ger, R’ Shaul Alter, suggests that maybe the Mishna means if you are going to attach yourself to busyness, it should be to noble activity and movement, to making a difference and finding meaning, to not just making a living, but living.

So what is the antidote to worshipping at the altar of busyness?  Don’t we need to remain super active to get everything done these days? After telling them to wash their feet, to stop bowing down to being active and working excessively, Avaham then told them, “וְהִֽשָּׁעֲנ֖וּ תַּ֥חַת הָעֵֽץ, rest under the tree.”  Says the Shinover, Avraham was telling them, “Lean under the tree, put yourself under the protection and support of Hashem’s protection.  Yes, take initiative, work hard, but then put your trust in Hashem.  If Hashem wants you to be successful, He can bring the success after a reasonable amount of work; if you continue to work excessively, you are in fact not trusting in Hashem and have diminishing spiritual returns.”

Yes, there are seasons and periods of busyness.  Of course, we have responsibilities, obligations, dreams and ambitions.  But we must stop worshipping the idolatry of dust, bowing down to busyness.

We must not only remember that it is acceptable to slow down, it is a value and a virtue, it is the true badge of honor.   I was recently talking with someone that would be defined by most people as highly successful.  I asked him about his daily schedule and he was telling me that he starts working early in the morning, tries to finish most days in time for when the kids come home from school, makes sure to find time to exercise and learn each day, and to spend time with his wife in the evening.  When he finished describing the balance and boundaries of his life, I was more impressed, not less.

It’s time to wash our feet of the illusion that busyness equals productivity and to start leaning under the tree and enjoying the shade of Hashem.