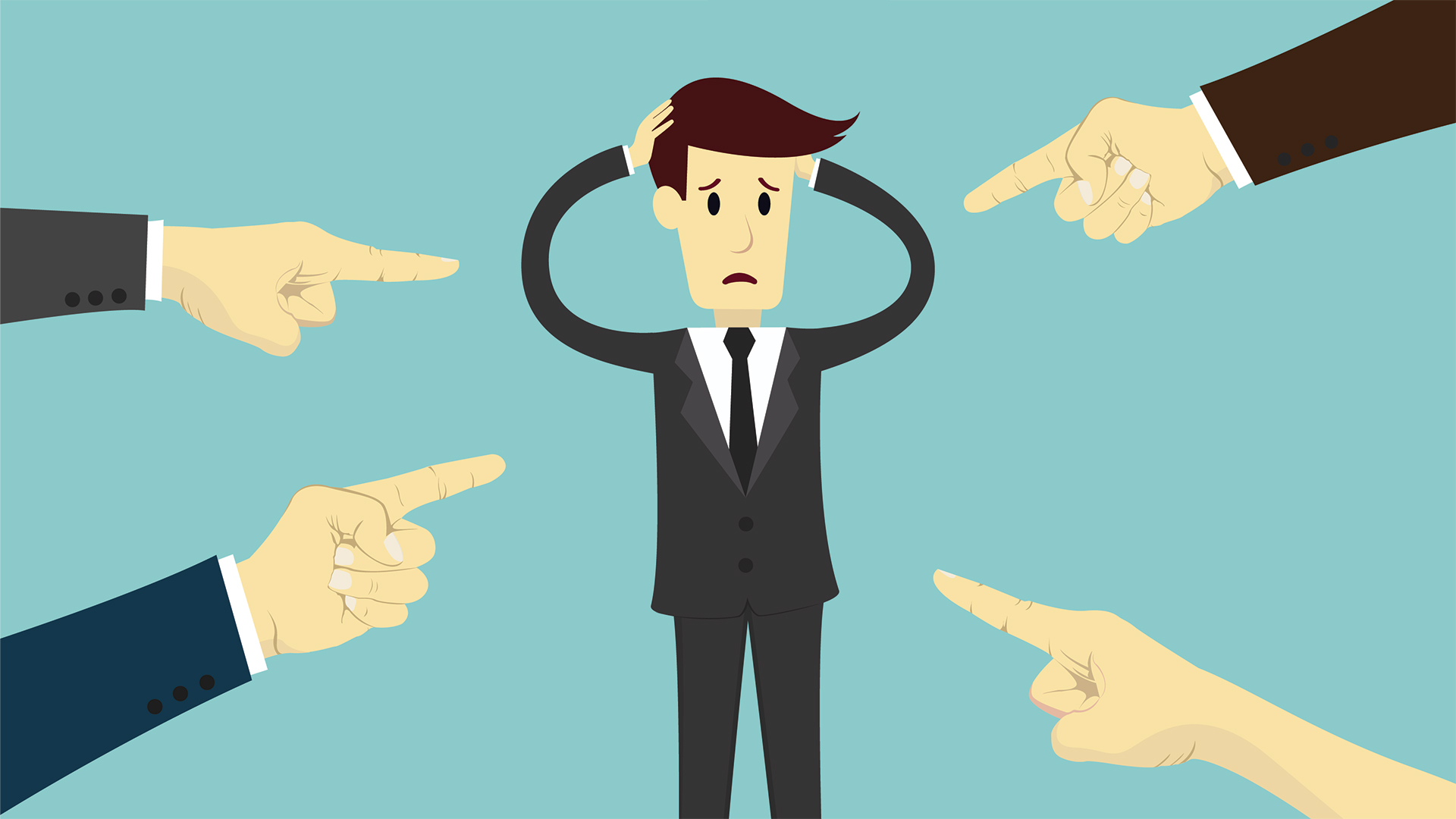 There is a good chance at various points in the hours before you read this, you have engaged in lots of judgment.  You may have judged how someone looks or dresses, judged how he speaks, what he says or even how he eats.  Maybe you judged someone for running late, for the position she has taken on something or for something she has failed to do.

While judgement is a daily phenomenon, this pandemic has understandably brought out even more judgment from us in ways and about things we never imagined.  It is hard not to judge those in leadership on all levels and on all sides for their responses.  It is difficult not to judge friends and family for their level of commitment to observe guidelines.  In a way it reminds me of a comedian’s observation: “Have you ever noticed that anybody driving slower than you is an idiot, and anyone going faster than you is a maniac?”

Being judgmental is not only unfair to others, it is also terribly unfair to ourselves.  Research shows that being judgmental feeds anxiety and depression, and negatively impacts overall wellbeing.  When we are judged, we reflexively feel it has been unfairly with a failure to see the whole picture or understand our side of the story.  If we want others to give us the benefit of the doubt, we must be willing to reciprocate.

In our Parsha, as Moshe recounts the short Jewish history up to that point, he reminds the people of the appointment of judges.  “I instructed your judges at that time saying, listen among your brethren and judge righteously between a man and his brother or his litigant.” Moshe encourages those who serve as judges not to rush to conclusions or to make assumptions, but rather to listen attentively, discerningly, and thereby arrive at the truth.

The Talmud in Sanhedrin (7b) takes this verse and goes a step further -  azhara l’beis din she’lo yishma divrei ba’al din kodem she’yavo ba’al din chaveiro, there is a prohibition for a judge to listen to one of the parties in a dispute when the other party is not present.  (The American legal system has similar prohibitions against these “ex parte communications.”) I remember once sitting in on a din Torah where a litigant was extremely late.  The other party was getting more and more aggravated and appealed to the head of the beis din to at least begin the hearings and allow him to present his side.  The Dayan, in keeping with this halacha, refused to budge and insisted on waiting until both parties were present before the hearing would commence.

This rule seems to be terribly inefficient and can lead to a great waste of time.  What is the great risk of meeting with the parties one by one or allowing one party to begin talking even though the other is not in the room?

The Maharal in his Nesivos Olam (Nesiv HaDin) explains that first impressions are very powerful.  When we listen to one side of a story, it penetrates and leaves an impression upon us.  That position becomes our default and now the burden rests on the other person to undo the assumed truth and accuracy of the first position.  Of course, there is no way to avoid one person speaking at a time.  Nevertheless, when both parties are present before the judge, the judge is less likely to presume the first side he hears is automatically the truth.  Moreover, the parties themselves will be more careful with their words when in the presence of their adversary.

When I spent a summer in Kellogg’s Advanced Executive Program we took a class on negotiations.  The most important rule of negotiations, we were taught, is anchoring.  Whoever lowers the anchor controls the conversation and controls the negotiation.  For example, if you are purchasing something from me and I mention a price, now you are responding to my proposal and the negotiation will revolve around the number that I set.  I have laid the anchor.

Dr. Thomas Mussweiler, of the Institute of Psychology at the University of Wurzburg in Germany, had customers approach German mechanics—individuals expected to be knowledgeable about the true value of cars—with a used car that needed numerous repairs. After offering their own opinion of the car's value, the customers asked the mechanics for an estimate. Half the time, the mechanics were given a low anchor, with the customer proposing 2,800. The other half were given a high anchor, with the customers proposing 5,000. Sure enough, the mechanics estimated the car to be worth 1,000 more when they were given the high-anchor value.

While anchoring may be a critical tool in negotiations, in the area of conflict it serves to pervert justice.  The Maharal explains that to hear one side when the other is not present sets an anchor for the judge and the burden placed on the other side is rendered unfair and unjust.  The impartiality necessary to arrive at true justice demands that no anchors are lowered and that both sides are heard as close to simultaneously as possible.

While most of us are not judges in the legal sense, we sit in judgment all the time.  We judge the people we meet, the institutions, organizations and schools we are connected with, the stories we are told, and the motivations and intentions of those around us.

We may not be literal judges but our judgment must not be perverted by only hearing one side.  We do a disservice to others and to ourselves when we accept as truth and as fact our first impressions, or what one side tells us, or what we assume to be true.  Like true judges, we must make sure not to arrive at conclusions without both parties’ perspectives being ‘present’ in the room.

In a few short days from now we will sit on the ground, unshaven, sad, melancholy and in mourning.  Through our exploration of the Kinnos we will review and revisit the tragedies of Jewish history – the destruction of the two temples, the inquisition, the expulsion from Spain, the Crusades, and the most horrific atrocity known to mankind, the Holocaust.

Our rabbis, in seeking to understand why these things happened, encouraged us to examine how we treat others.  Do we sit in judgment, do we draw unfair conclusions, and do we reject people who disagree with us or think differently than we do?  When we are critical of community institutions like the shul or school, are we like Beis Hillel, first seeking to understand before trying to be understood?  When we are told unfavorable and unflattering information about people we know, do presume the version we heard is correct, accurate and the truth?  Or like the judges in our Parsha, are we careful to make sure all sides are metaphorically represented in the room before arriving at a decision?

When we see public leaders trying to balance concerns for public health, economic distress, and mental and emotional wellbeing of adults, children, and everyone in between, will we seek to understand policies and decisions before reflexively criticizing? And while we certainly must not tolerate anyone who knowingly endangers others, can we seek to be less judgmental of the guidelines people have chosen to follow for themselves while still strongly advocating for safe behavior from all?

If we truly and genuinely yearn for a Beis HaMikdash, and for a time of peace, tranquility, and prosperity, than we must work on judging fairly and accurately.  We must be more like Beis Hillel listening and hearing others position before arguing our own.