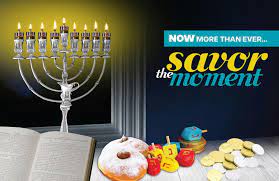 Several studies have shown that adopting routines can make you more productive. Routine is a hallmark of efficiency and can also help harness your creativity. Many successfully creative people swear by the routines they formed: author Stephen King famously sits down at the same time every morning, which he believes allows his writing to “kick on.”  Routine is a hallmark of many big thinkers: Geniuses like Steve Jobs and Albert Einstein liked to wear the same thing every day in order to not expend mental energy on wardrobe decisions.

Perhaps that is why Yaakov wanted to finally settle into a routine.  Vayeishev Yaakov b’eretz m’gurei aviv, Yaakov settled in his father’s homeland.  Rashi quotes Chazal: Bikeish Ya’akov leishev b’shalva, Yaakov wanted to live with a quiet routine, he wanted to settle into a peaceful and stable life and lifestyle.  Until now, his whole life has been characterized by tension, conflict, living on the run and often in fear.  No two days have been the same.  All he wants is leishev b’shalva, he wants to retire, settle down, and develop a routine in life.

Yet, for some reason, Hashem saw this desire and goal as detrimental and inappropriate.  In fact, instead of giving Yaakov peace of mind and a stable routine, kafatz alav rogzo shel Yosef, the most tumultuous and stressful episode of Yaakov’s life ensues.  Somehow, craving a peaceful routine was so wrong it was actually served as the catalyst for Hashem mixing things up.  Why?

The truth is that while there are benefits to routines, when people are too settled in their routine, complacency and contentment result.  Complacency breeds apathy, one of the biggest obstacles to growth and progress.  It also leads to poor decision-making and being blind to new choices and possibilities that could benefit us.

On Feb. 5, 2014, London Underground workers went on a 48-hour strike, forcing the closings of several tube stops. The affected commuters had to find alternate routes. When the strike ended, most people reverted to their old patterns. But roughly one in 20 stuck with the new route, shaving 6.7 minutes from what had been an average 32-minute commute. The closings imposed by the strike forced experimentation with alternate routes, yielding valuable results. And if the strike had been longer, even more improvements would probably have been discovered.

Researchers have long studied why people purchase name-brand items when the equivalent generic is available with a significant cost savings, which could compound to real money.  This phenomenon is noteworthy for drugs, when generics and branded options are chemically equivalent. Why continue to buy a name-brand aspirin when the same chemical compound sits next to it on the shelf at a cheaper price? Scientists have already verified that the two forms of aspirin are identical. The only difference is the label and the price.  And yet, most buy the name brand.  Why?  Habit, ritual, and thoughtless routine.

So on the one hand habits are powerful, they can help promote creativity and efficiency.  But on the other hand, habits and routines can deny us the openness and flexibility to learn, to see new things, to grow, experiment, adjust and make changes that will improve us and improve our lives.

One study estimated that 47 percent of all our behaviors are the result of habits we have formed.  That can be leveraged in a positive way.  Just think about it – if we form the right habits—being on time, showing patience, extending generosity—we have half our day preprogrammed in a way we can be proud of.  The downside, of course, is that nearly half our lives is not the result of thoughtful consideration, mindful choices, but simply having settled into habits and routines mindlessly.  That is no way to live.

This week we begin the holiday of Chanukah and the mitzvah of lighting the menorah.  The mitzvah begins after sunset and the Gemara (Shabbos 21a) tells us, it extends עד שתכלה רגל מן השוק, until people are no longer walking around in the marketplace.  The goal and purpose of the light of the menorah is ,פרסומי ניסא to publicize God’s great miracles and so once there are no longer people present to see the lights, the mitzvah is no longer applicable.  In the time of the Gemara, and even the Shulchan Aruch, this time was relatively shortly after nightfall when people couldn’t function outside without natural light.  Today, with artificial light, the time is significantly later.

The Sefas Emes quotes his grandfather, the Chiddushei HaRim, who offers a homiletical interpretation of this measure, one that gives great insight into the essence of the holiday.  “עד שתכלה רגל מן השוק”, says the Sefas Emes, is not describing how long in time the candles must be lit, but how deep the light of the candles must penetrate into our hearts and our habits.  He suggested don’t read it רגל, but rather עד שתכלה הרגל מן השוק, we must experience the light of the candles and the richness of these eight days until it breaks our habits, jolts us from our routines, and enables us to take a step back and look at our lives.

So many of us are caught in the hamster wheel of life.  We wake up, go to work, maybe exercise, brainlessly relax, go to sleep, wake up and start again. Or we wake up, make lunches, drive carpool, shop, cook, do homework, serve dinner, collapse, wake up and start again.  Or some combination of the two.  What these routines all have in common is being carried by inertia and momentum, moving at such a fast pace that there is no time or space, no margin or room to ever stop, look, assess, evaluate and mindfully determine if we are allocating our time, energy and resources in the most optimal way, or if we are just creatures of routines, products of habits that were somehow formed at some time and have become our default, our normal, our assumed.

There is a beautiful campaign for Chanukah called “Savor the moment.”  It calls for Jews across the world to go screen-free for 30 minutes after candle lighting, the minimum necessary time for the candles to burn.  For too many of us, being chained to our smartphone, tablet, laptop or TV has become routine. We desperately need this considering that the average American touches his or her phone 2,617 times a day.

Chanukah can give us the energy to have the courage and will to תכלה הרגל, to break the habits and see the light, literally and figuratively. Imagine eight consecutive nights of half an hour screen-free time together lighting candles, singing Ma’oz Tzur, dancing to great music, sharing gifts, spinning the dreidel, sharing Divrei Torah, or however you want to spend it.  Eight nights of quality, uninterrupted family time.  You don’t have to imagine it – it can be our reality this Chanukah and beyond, if only we are willing to break free from the routine.