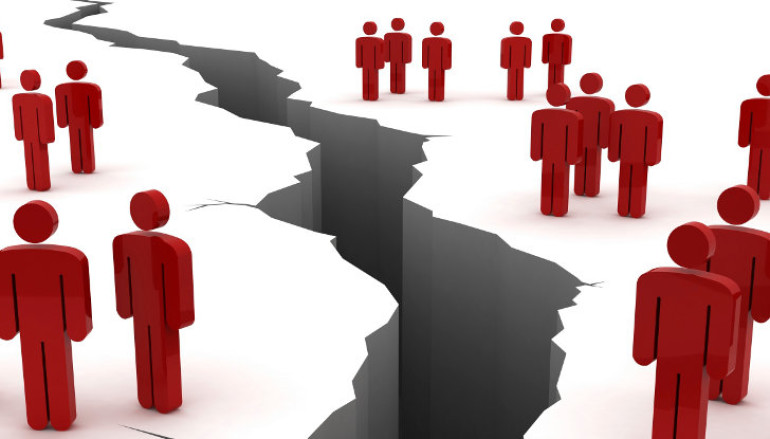 Last week, I wrote about why I believe rabbis should not tell people how to vote. While I feel strongly about why I think the candidate I voted for would bring about the results and policies I value most, I tried hard to communicate my thoughts in a way that wouldn’t indicate which candidate I was pulling the lever for.

Nevertheless, the response came fast and was furious. Indeed, aish.com posted the article and had to disable comments because they were so vicious from both sides. I am always grateful to receive feedback on my writing and was gratified so many chose to reach out to share their thoughts.

I must admit I was surprised by a theme that emerged.  Many wrote that they agree in principle that rabbis shouldn’t mix religion and politics and shouldn’t endorse candidates or parties.  Nevertheless, they continued, this election is different, it is exceptional, and it is irresponsible for a rabbi not to be forceful in communicating whom to vote for.

Whoever wins this election, I fear that we have all lost. We have lost our sense of derech eretz, of civility, of the ability to disagree agreeably and to allow others to come to conclusions different from our own.  This is not who we are, who we are meant to be.  To be clear, this is hardly solely a Jewish or orthodox issue but a reflection of the polarization and division in the world today.

The problem, though, is we are not meant to be a reflection of the culture in which we live, we are intended to be a model and inspiration for that culture.  The Netziv writes that the book of Bereishis is called Sefer Ha’Yashar because Avraham and his descendants were “yesharim,” they were straight, honest, had integrity and treated all people properly:

The greatness of the Patriarchs in addition to the fact that they were righteous, pious and lovers of God as much as possible, is that they were straight and honest.  Namely, they interacted with the nations of the world, even repulsive, disgusting idolators, with love and an effort to improve their lives since they too are part of God’s creation.

Avraham, Yitzchak and Yaakov lived before the Torah was given.  We learn about their lives in depth because we are charged with emulating their interpersonal behavior.  Derech eretz kadma la’Torah.  Proper conduct, common courtesy, living with civility, all come before the Torah and are prerequisites to Torah.  Avraham was called “Ivri” because he was me’eiver, on the other side of every issue from the rest of the world.  He disagreed vehemently and passionately with his contemporaries but nevertheless he did so with civility, derech eretz, and graciousness.

Diversity is part of our motto and the dignity of difference is fundamental to our community’s mission.  We can disagree vehemently, see things in polar opposite ways, behave differently, vote differently, daven differently, and root for different sports teams.  What we cannot do is turn differences into divisiveness, or respectful debate and dialogue into bullying, vitriol, and demeaning language. We cannot call names or speak dismissively of others.

Yes, there will be times that we must take strong positions, or make decisions that will have real consequences and implications, but we must do so with respect, dignity, and civility. Not only is it inappropriate, incorrect and unacceptable to speak harshly, it is also ineffective.  Nobody ever changed an opinion or observance because they were yelled at, called a name, or dismissed.

Shlomo HaMelech teaches us in Koheles: Divrei Chachamim b’nachas nishma’im.  The more gentle, refined and respectful our communication, the likelier our position will be heard and perhaps even embraced.  It is not a coincidence that the same Avraham who was the “Ivri,” on the other side of every debate, also succeeded in winning over thousands of followers.  His methodology of respectful debate and the power of persuasion proved incredibly effective.

The Arizal writes that before davening each day all of us should recite, Hineni muchan u’mezuman l’kayeim mitzvas v’ahavta l’reiacha kamocha.  Why does the Arizal ask us to say it every day, doesn’t everybody know to love neighbors as themselves?  Isn’t it the “Klal gadol ba’Torah,” isn't obvious?  And why specifically before davening and not at some other time?

For the Arizal, when we are about to come to Shul, daven with the community, and interact with a diverse range of people, we must remind ourselves that our talk with God is only welcome after we have committed to talk properly with people.  V’ahavta l’reiacha kamocha.  “Love my children, even the ones you disagree with, even the ones you don’t like, and then – and only then – you can claim to love me,” says God.  “Talk nicely to everyone, even those who you differ from greatly, and then you can talk to me.”

Let’s continue to disagree, but agreeably.  Let’s continue vigorous debate, but respectfully, not divisively.  Let’s truly be the progeny of Avraham Avinu and treat every human being with dignity and honor and thereby, please God, ourselves be worthy of being called yesharim.