January 17, 2018|א' שבט ה' אלפים תשע"ח You Don't Have to be From Hawaii to Live Like You Were Dying By Rabbi Efrem Goldberg 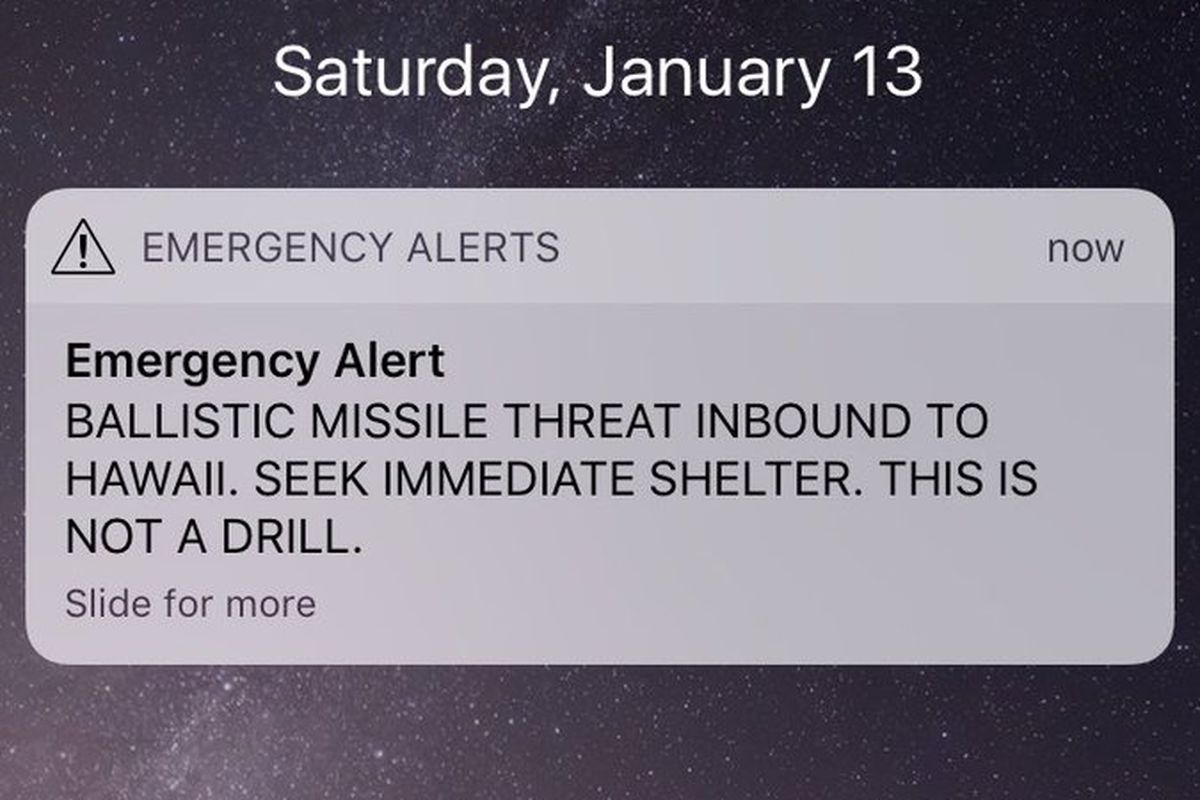 On Saturday morning, residents of Hawaii received an emergency alert on their phones: “Ballistic missile threat inbound to Hawaii.  Seek immediate shelter.  This is not a drill.”  Hawaiians panicked, believing they were the target of a nuclear attack.  Some ran into basements, others under tables; some even climbed down manholes in the street.

It took 38 minutes until the state issued a correction, explaining that the warning was in fact a false alarm.  The emergency operations center later informed the world that one of its employees had simply pressed the wrong button, later adding, “The individual has been temporarily reassigned within our Emergency Operations Center pending the outcome of our internal investigation.”

For 38 minutes, 1.4 million people scrambled to secure their safety, but they also did something else.  Thinking a catastrophic attack was imminent, they were forced to consider how they wanted to spend their last moments on Earth. Thank God, the warning was a false alarm and the extent of the damage was the anxiety it unnecessarily caused.

What would you do if you thought you had a limited amount of time to live? And why aren’t you doing it now?

Hillel cautioned us (Pirkei Avos 2:5), “al tomar l’chesha’ipaneh eshneh, shema lo tipaneh, don’t say ‘when I have free time I will learn’, for you may never have free time.”  We cannot predict the length of our lives and if we procrastinate and delay we may never in fact get to what we claim are our goals and aspirations.

Our parsha cautions, “U’shemartem es ha’matzos, guard the matzah from becoming chametz.”  Rashi quotes the Midrash that encourages us to read the verse as if it were punctuated u’shemartem es ha’mitzvos, safeguard the commandments. Mitzvah ha’bah l’yadecha al tachmitzena, if a positive opportunity comes your way, don’t allow it to turn into chametz through procrastination and laziness.  Rather, embrace it, run with it, and do it right away, before it is too late.

Death has always been one of the most potent motivators. Buddhist author Sogyal Rinpoche writes, “Death is a mirror in which the entire meaning of life is reflected.”  The Gemara (Shabbos 153a) records that Rabbi Eliezer taught, “Repent one day before your death.” His disciples asked him, “But does a man know on what day he will die?” “That is exactly the point!” he replied. “Let a man repent today lest he die tomorrow, and in this way he will live all his days in repentance.”

An insightful country song includes a powerful chorus, “Someday I hope you get the chance to live like you were dying.”  The people of Hawaii had that chance last week.  We don’t need to wait to get an urgent alert.  Ask yourself what you would do with minutes to live and then don’t wait, do it right now.