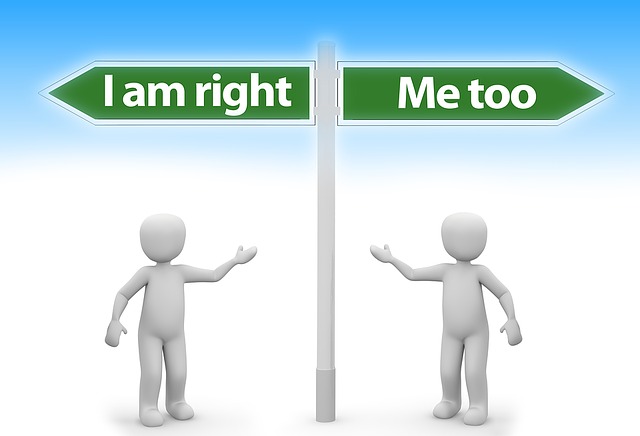 A month ago, I had a very uncomfortable and sad conversation, or at least it started that way.  Someone I consider a close friend had distanced himself and I called to check in and see if there was a reason why.  While I never discuss politics from the pulpit, both to honor our non-profit status and my own commitment not to abuse my position, and I have never publicly endorsed candidates or parties, I am happy to share respectful dialogue on these things as a private citizen.

This friend and I had shared several such conversations and after consideration, he had come to the conclusion that if I am open to voting for a candidate that he cannot even consider, he questioned how he could trust my insights or judgement on other issues or matters.  Suffice it to say, I was extremely taken aback and, frankly, shocked that he would reduce not only our whole relationship but his entire opinion of me to this one decision, albeit a significant one.

There is no question that the stakes seem very high in this election.  In this culture of deafening rhetoric and devastating divisiveness it is easy to get emotionally involved and invested in not only defending our own political positions but in being frustrated and even angry and intolerant at how others could come to different ones, particularly family and our closest friends.

While we tend to focus on how radically different the candidates in this election are in both their personality and policies, the fundamental commonalities among those who will make the choice between them far outweigh our differences.

After hearing my friend’s reason for pulling back, I told him that while we may disagree vehemently and viciously about this particular decision that divides us, we agree just as fervently and passionately about all that unites us which is far, far more.  We are both proud Jews who love, value and share a commitment to Torah.  We are both loyal patriots who are deeply appreciative to this country. We share a passion for Israel and see it as having religious significance in our lives. Our families have a shared history together, we had celebrated together, cried together, even traveled together.

I told my friend that there will be a day after the election when, no matter the outcome, we will both root for the success of the president and our lives will be dominated again by all we have in common, all we have shared and all that we love and admire about one another.  By the end of our conversation, to my great relief and joy, our friendship was back on track. 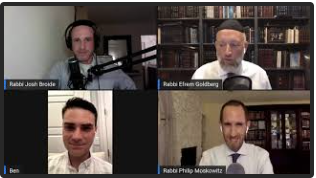 This week, we hosted Ben Shapiro on our Behind the Bima program. Ben has written eleven books, hosts a podcast/radio program listened to by millions of people daily and has millions of followers online.  He proudly identifies as an Orthodox Jew and wears a yarmulka consistently during all his appearances, interviews and on his own show.

Ben is beloved by many for his strong conservative positions and equally strong style of communicating them.  He is reviled by others who are turned off to his substance, his style, or both.  When we announced he would be a guest on our show, several people reached out to me wondering why we would introduce divisive politics to our show.  I told them we had no intention of talking politics and they insisted it would be impossible.

For forty minutes, we talked to Ben about his upbringing and background, how his Judaism impacts his views, how he relates to people in the community, whether he regrets things he has said and how he said them, why he learns Daf Yomi, what lessons he gleans from Tanach, how he uses davening to disconnect and experience peace, and much more.  An interview with one of the most listened-to political commentators in the country and we didn’t engage in political discussion at all.  After the show, even one of Ben’s biggest critics I know said the conversation was fascinating and he was very likeable when not talking politics.

I share that not to endorse or promote Ben Shapiro specifically but as an example of how even with someone considered by some to be a polarizing figure, if we focus on what unites us rather than divides us, on what we have in common, rather than what separates us, we can learn from one another, enjoy each other’s company. When we zoom out the lens and consider the total person not one particular view or component of who they are, we may even be able to find the other “likeable.”

As this election grows even more intense as it approaches, it is not too early to be thinking about the morning after and the impact of the tone, tenor, and vocabulary of the conversations we are having now. Sadly, I know of too many friends and family members that are having similar experiences as me and my friend before we had our much-needed conversation.

Certainly, we are entitled to make our voices heard, to express our concerns, criticism, and critiques. Indeed, at the core of our democracy is the recognition that others are permitted to see things differently and to share their point of view without fear of being slandered or censored.

The Gemara (Berachos 58a) states, “Just as the faces of people do not exactly resemble one another, so too their opinions do not exactly resemble one another.” What is the comparison between faces and opinions? Rav Shlomo Eiger (1786-1852) explained that we would never become exasperated or disturbed that someone’s facial features are different than ours. We wouldn’t condemn or criticize someone for having different color eyes or hair than we do. We implicitly understand and recognize that everyone is created differently and our physical differences are part of what weaves the wonderful tapestry of our interconnected lives. Similarly, we should recognize that everyone’s opinions are the result of their being created differently and raised differently. Just as someone is entitled to look different, so too are they entitled to think differently and approach things differently without harsh disapproval or condemnation.

Our practice of taking three steps backward at the conclusion of the Amidah comes from a Gemara in Yoma (53) which states, “Hamispaleil tzarich she’yafsiah shelosha pesios l’achorav v’achar kach yitein shalom. The one who prays must take three steps back and only then pray for peace.” R’ Menachem BenZion Zaks (in his commentary on Pirkei Avos) explains that we cannot pray for, nor achieve, peace if we are not willing to step back a little and make room for others and their opinions, their tastes and personalities. After stepping back, we ask “oseh shalom bimromav, God, please bring peace,” and we then turn to the right and to the left. Explains R’ Zaks, achieving peace and harmony means bowing towards those on the right of us and those on the left of us, not just straight ahead on our path.

Maintaining the capacity and the will to bow towards those on the right and left of us religiously, politically, and in every other way is a prerequisite to the peace we claim we desperately seek and yearn for.

If debating this election will not change minds but only create divide, why have the conversation?  And if we do entertain them, remember, the opinion of the person you are dialoguing with is only one component of who they are.  When you can’t relate at all to that particular perspective or policy, zoom out the lens and remember how much you relate to about the totality of who they are and how much you share with them